Sea of Thieves is a good pirate game about battling with monsters, clashing with skeletons, and sweet loot. Developers do a magnificent job and introduce whole new content of games. There is nothing better than playing the Sea of Thieves. 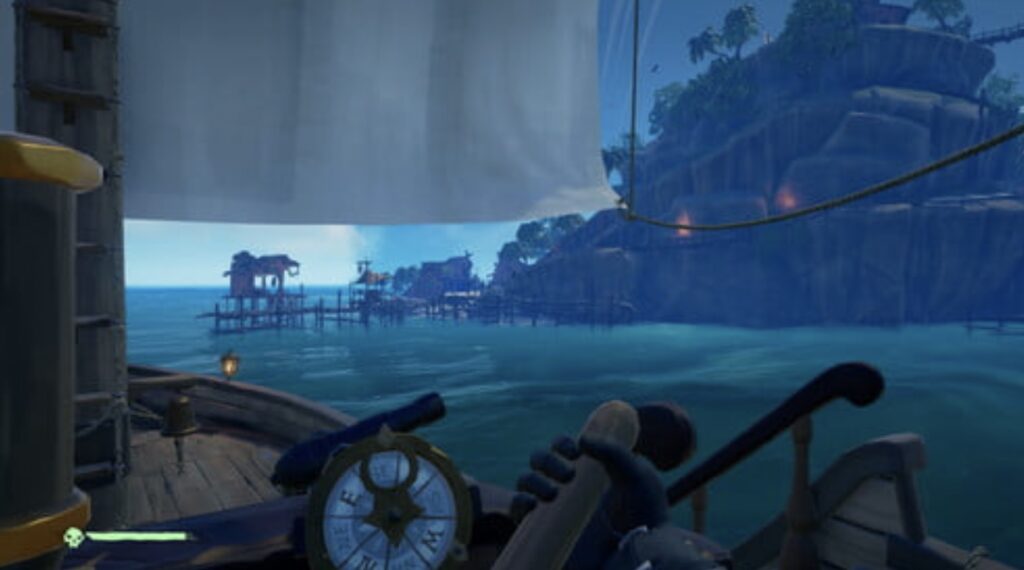 A Comprehensive Guide for Beginner Players to Sea of Thieves

Pro gamers may love to play the battle game, but beginners may feel overwhelmed when they play it for the first time. They lack the commanding idea, and it can be tricky to play at some times. To help you play better, we provide you with the best tips and tricks to play sea of thieves.

Players get three types of ships into the sea of thieves. Each ship is designed with specific players’ numbers, and you will be the captain of the shop with crew members. So before you move further, do ensure to count down the number of players you have.

The ships also have anchors, which you can raise manually and lower down when sailing the ship. There are three ships which are as follows:

The ship is designed for two players, and this is the fastest ship against the wind. The single sail design further makes it worthier to control easily and sail by yourself. The downside is the cost of storage of the supplies and treasure. This ship is not for straight fights and also lacks offensive capabilities.

You can also read: Minecraft 1.18.2 Mods – Best Mods, How to Install, Simple Steps – All You Need to Know

Brigantine is the latest designed ship and was recently introduced into the sea of thieves. This is for three players and has incredible speed and firepower. As such, this serves as a middle ground between galleons and sloops. Many players prefer these ships, and they can be trickers to use as you need to rely on each other to operate them.

This large ship is designed for four players and is best suited for beginner players. Galleon is quite slow but can destroy anything that comes into the pathway. It has two floors and is easier to learn.

5. Do Not Proceed Without Supplies

The supplies will be dropped randomly into the outposts. When you gain control of the ship, the foremost thing you need to do is collect the food, wood, and cannonballs. The items can be found easily in the barrel land as these are scattered everywhere on the outpost.

Keep in mind that you can hold so many at one time, and you need to make multiple trips to keep the things on the ship as pirated inventory. Also, there is no respawning punishment unless other pirates attack you to gather cannonballs and wood as much as possible.

Once you have collected the supplies, it’s time to start pirating; moreover, you need to select the type of queries you want to board. You get three core factions to deal with new pirates. Each of the core factions offers a unique quest to board on.

Gold hoarders may have the scouring island for the chests via riddles, and X marks the spot. However, the core faction is all about killing the spooky skeleton captains as per the order of souls. Unfortunately, this is also about selling the glowing skulls.

At last, the merchant alliance may time mission where they either deliver the animals or run cargo by themselves. However, we suggest having the Gold Hoarder/Order of Souls mission for beginners. This must be the biggest Sea of Thieves Hacks by Battlelog.co as it helps to get familiar with the general mechanics of the entire Sea of Thieves.

However, you may get the simple quest from the trading companies that help to ease down the game. You can also opt for the quest offered by them.

You can also read: Pokemon Go Silent Schemes Not Showing

7. Be Passive But Don’t Expect the Same From Other Pirates.

You may have seen so many times that many players try their edges to avoid getting into conflicts. This is not surprising because there will be tons of loot when many players try to avoid conflicts. In that case, you need to prepare yourself for the fight. The reason is that a lot of users are trying to embrace the pirates and hunt down the vessels.

Users also hunt down vessels suspected of the treasure carrier and attempt to steal and sink these items. This is very common, especially with the steam influx and new users.

Sea of Thieves is an interesting game as it includes a lot of loots and fighting. However, you need to keep these hacks in mind to increase your winning odds. Keep in mind the ships and supplies and kill enemies as much as possible. This is the only secret that helps to improve winning odds.