Among Us new map Airship announced by Innersloth. The new map AIrship was announced by the developers, Innersloth during The Game Awards. The Among Us is getting its 4th map in the game. We will discuss more details about the new map Warship in this article. 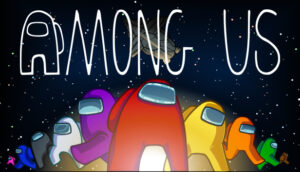 The new map Airship has been announced by the developers, Innersloth. This is the 4th map that the game is getting. The new map will arrive next year in the game but we have the exact date of Among Us New Map Airship Release, we have some exclusive news about the latest map Airship which we will discuss in this article. We also have a video of the map which we have shared in this post, have a look at the exclusive details of the new map airship and its announcement.

Among Us new map Airship announced

About the new map, Airship: The new map Airship, for the online social game Among Us has been announced at the Game Awards. The Among Us has won the best multiplayer game of the year at the Game Awards 2020. The new map Airship features a lot of new tasks for the players. This map is bigger than any other previous maps in the game and includes ladders ad elevators that you can use to go to different areas on the ship. The new map will have multiple points where you can spawn yourself.

Read More: How to Buy a Car in Cyberpunk 2077? Complete List

So that is all we know about the Among Us new map Airship Announced and its release date.

Hopefully, you will like our approach on Among Us new map Airship announced.