Apex Legends Update 1.54: The Apex Legends update 1.54 Patch is now out. Players were waiting for an update but this might not be the update you were looking for as it doesn’t contain what you might want to be in the update. 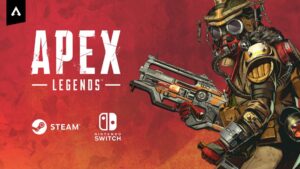 Apex Legends is a very popular game among battle royale fans. The game is available for free to play on most of the platforms such as PC, PS4, Xbox One, etc. The Apex legends is a first-person shooter battle royale, has been developed by Respawn Entertainment, and has been published by Electronic Arts.

Read More: How to Get Genshin Impact Anemo Treasure Compass

In Apex Legends, there are 20 squads of three-person or there are 30 duos of two persons. The game starts when players of duos or squads land on an island and look for supplies such as weapons and then they have to attempt a fight with the other players to defeat them.

The Apex Legends has been out to play on the next-gen platforms as well as it is one of the most demanding games for console players. The game is now available to play on the next generation’s console like the PS5 and the Xbox series X and S. Some fans on social media claims that Apex Legends is dying because there are too many cheaters out there in the game, players are reporting a lot of bugs to the developers, missing some quality features, etc. But as of now, the claims have been found false because there has been a rise again in the popularity of Apex Legends.

So we have prepared a list of simplified patch notes for Apex Legends update 1.54, have a look at the Patch Notes.

The Holo Day Bash 2020 is an event which is hosted in the game, Apex Legends. This event comes with a lot of rewards for the players. The player can only avail of these rewards by completing some tasks. The Holo Bash Daya contains reward tracks with unlockables. The rewards will only be available at the time of winter express. The rewards are only available between December 1 to January 4.

As an FYI, we’ve deployed a small patch to re-enable the ability to place Rampart’s turret on the Trident as well as provide a fix for players who are getting stuck on certain menu pages.

The Apex Legends 1.54 update weighs around 410 MB which is quite small, and the downloading file size of the update may vary on different platforms.

Now let’s have a loot at the Patch Notes.

So there is not much information about this update from the developers but all we can say is that Rampart’s ability has been re-enabled with this update. Even this info was not provided by the developers it was by a tweet on Twitter. And there are some small bug fixes have been done.

Read More: Pokemon Go: How to Catch 200 Pokemon in a single day?

So this was all about the Apex Legends 1.54 update Patch Notes.

Hopefully, you will like our approach on Apex Legends Update 1.54 Patch Notes.