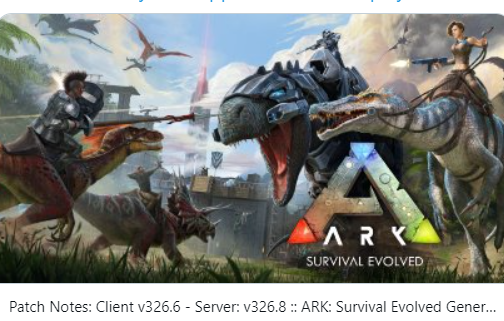 – Shadowmane Chibi now available for anyone who has collected all the Genesis Chronicles Explorer Notes
– Fixed a localisation crash
– Fixed an exploit that allowed players to cause others to disconnect using dedicated storage boxes
– Removed Easter Holiday content
– Eliminated edge cases where servers could have more players than the config would allowed.

This is Ark Update Today 29 April or 28 April as per regional timing.

Is Ark: Survival Evolved Server Down?
After this update many of you may have faced server issue or some other problems.
Here on the official website of ark you can check current server status.
In the Forum thread you can check current server problems occured.
Here is link to the ark forum – https://survivetheark.com/index.php?/discover/
Read Also:

How to Get May Day Ticket Animal Crossing

How to Upgrade Weapons in Destiny 2