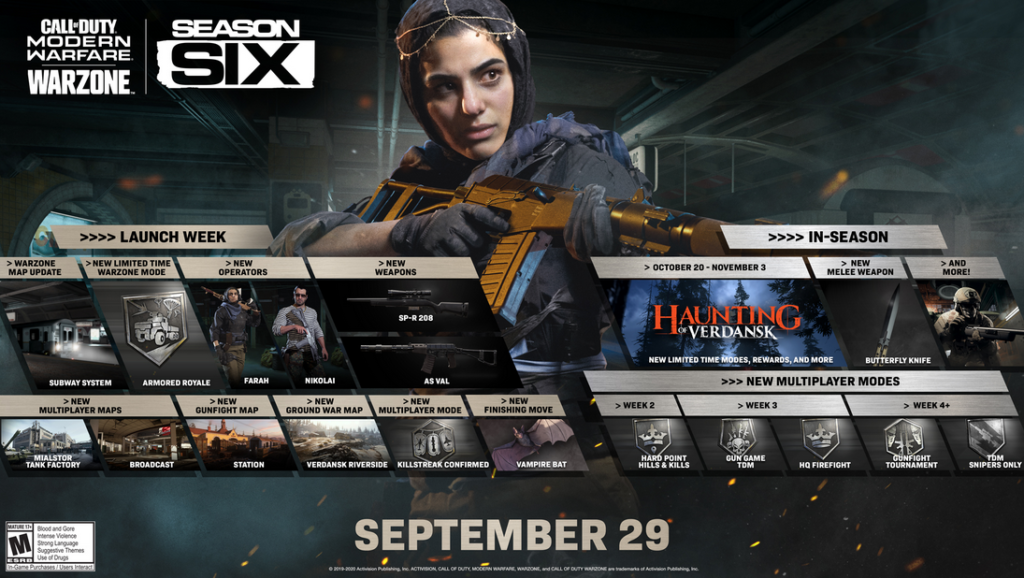 COD MW Season 6 Download Size will depend upon your gaming platform. Here are the details.

After seeing the COD MW Season 6 Download Size, it is time to see the complete patch notes. Here are the complete Patch Notes of this latest update.

New Operators, Nikolai and Farah have joined the fight. You will be able to unlock new weapons, new maps, new modes, as well as more Battle Pass gear.

In conclusion, we hope that you have got the complete COD MW Season 6 Download size, complete patch notes, and much more. If you have any queries related to this latest update, feel free to ask us in the comment section. We are here to help you in solving all your queries.