If you are wondering to know all Cyberpunk 2077 Body Mods, then you have reached the correct place. A lot of various Cypberware are available in this amazing game that you can use to customize your character “V” in the game for making it better.

Here, you will get the complete details about all Cyberpunk 2077 Body Mods, how to find them, their abilities, slots in which you can fill them, and much more. Let’s explore these details without any delay. 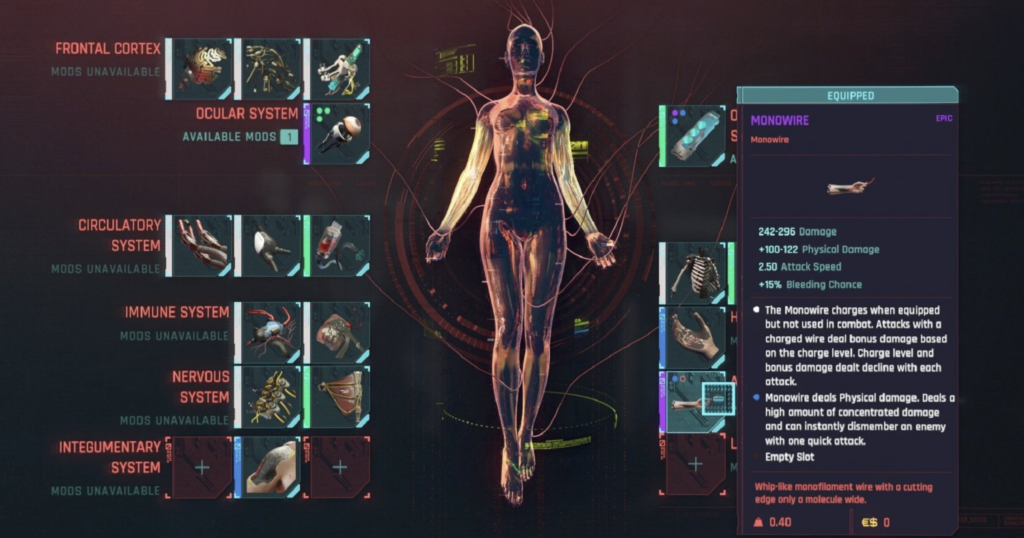 Before knowing about all Cyberpunk 2077 Body Mods, we will know about the details of available slots for Cyberware. It will help you in knowing about the number of Cyberware you can use at a time.

There are a total of 20 slots available for Cyberware for your character. You can fill them according to the types of Cyberware. We have also provided the details of various slots that are available in the game.

Now, it is time to know about the Cyberpunk 2077 Body Mods that you can fill in these available slots. You will have to fill these given slots using the Cyberware whose details are given below.

You can also read: Cyberpunk 2077 Double Jump or Super Jump

These were the complete details of all Cyberpunk 2077 Body Mods that you can use in all available slots. Do not forget to share your opinion about them in the comment section below.

In conclusion, we hope that you have got the complete details about all Cyberpunk 2077 Body Mods. So, you can now easily customize your character in the game. If you have any doubts or queries related to these body mods, you can ask us in the comment section. We are here to help you in solving all your doubts and queries.