Enchantment is one of the most popular things to do in Minecraft. By enchanting items like tools, weapons, or armor we can increase its capability and power. In today’s article, we are discussing Depth Strider Minecraft Enchantment. In this guide, you will get all information about what is depth strider enchantment, how to activate it, and what it actually does? 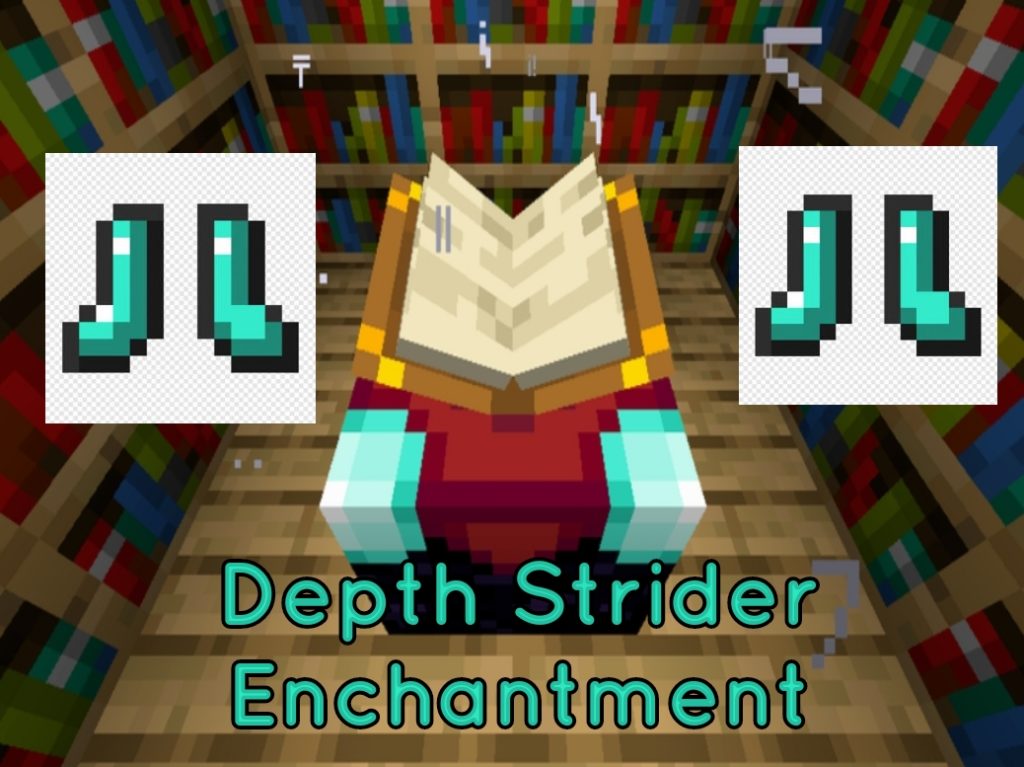 As you may know, for adding any enchantment to an item or tools in Minecraft, you can do this by three methods – by using an enchanting table, through anvil or using the game command.

First, we will see what is Depth Strider Enchantment, and what does it do?

Once you added enchantment to the boot, you need to wear those enchanted boots to get speed improvement in underwater movement.

Use of Depth Strider Enchantment in Minecraft

How to get Depth Strider Minecraft Enchantment

The Depth strider enchantment is available for all versions of Minecraft on various platforms like, Pocket Edtion, Windows 10, Xbox, PS4, Nintendo Switch etc. There are three ways for enchanting boots with depth strider, using Enchanting Table, Anvil or Game Command. Here is a step by step guide to get Depth Strider Minecraft Enchantment Using Enchanting.

So this is the all information about Depth Strider in Minecraft.