Fall Guys Anatomy of Bean-Shaped Characters are revealed officially on twitter. After this reveal, all the gamers of this game are going mad upon seeing the images. We have brought the complete details about the anatomy of this character.

Here, you will know all the information about Fall Guys Anatomy of this Bean-Shaped Character. It is really weird to see such an internal structure of these cute colored bean-shaped characters. Let’s explore them without any delay. 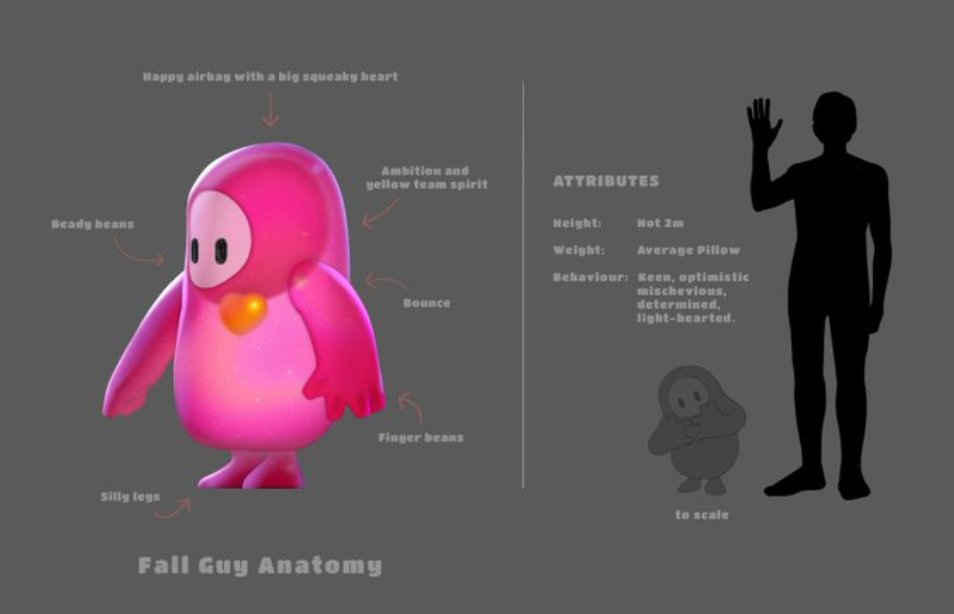 I wish I’d never seen it

It is looking completely disgusting. No one can imagine such a monstrous structure inside the cute candy-shaped characters. They have also compared it with humans to clear the size. Now, both the anatomy and size are cleared by them. But, they again posted another tweet regarding another concept regarding the anatomy of this character.

Due to this mess, it is difficult to know the exact anatomy of this character. But, we have embedded all the tweets so that you can know about them in detail.

Well, you asked for it…

This is official lore now

You can also read: Can you play Fall Guys on mac?

The dev team is divided

Principal Concept Artist, @Ash_Kerins, suggests that this is the true anatomy of a Fall Guy

The size of a Fall Guy is also being debated: pic.twitter.com/R354uY3oqY

As you have seen in the tweets embedded above that even the dev team is also divided. They are also not confirmed about the anatomy of the bean-shaped character. Fall Guys fans, we know that you all are a bit shocked after seeing the internal structure of the character as you play the matches in the game.

You can also read: Fall Guys New Maps in Season 2

This was the complete information about the Fall Guys Anatomy. What is your opinion about the anatomy of this character from Fall Guys? Tell us in the comment section.

In conclusion, we hope that you have got the complete details about Fall Guys Anatomy revealed. So, you know the anatomy of this character now. If you have any questions or queries related to this article, feel free to ask us in the comment section. We are here to help you in solving all your queries and questions.