Here, you will get the all details of Fall Guys New Update Teased and its screenshots. We have also embedded the official tweet so that you can check out it right now. Let’s explore them without any delay. 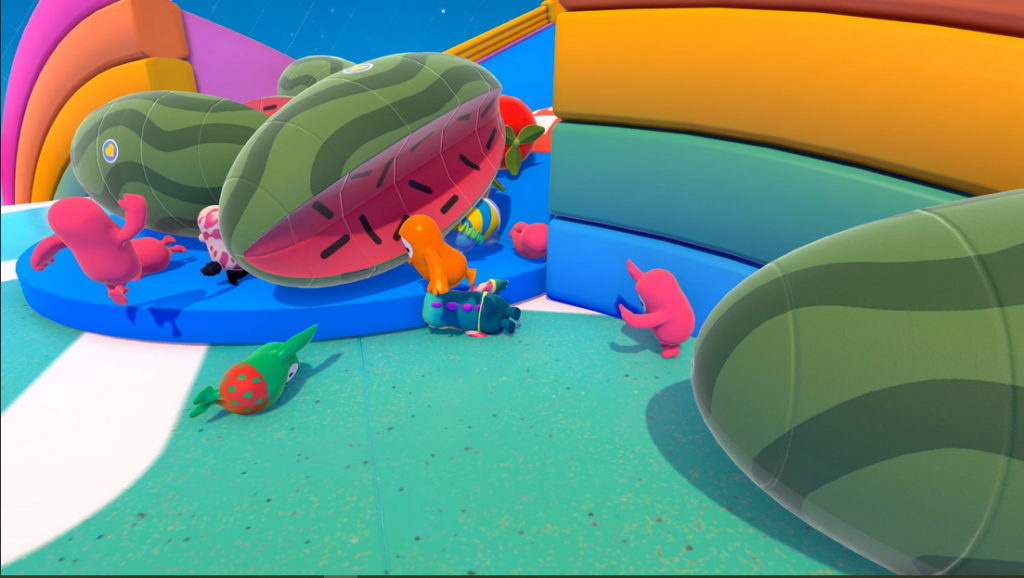 There will be able to get a special obstacle in the game. You can easily see it in the screenshots of this upcoming update that is revealed by the developer itself.

We have embedded the official tweet from the developer of this amazing game regarding the Fall GUys New Update teased. You can check out it below.

Here’s some sneaky screenshots from the upcoming Fall Guys Update

So, become ready to enjoy the Watermelon Crew in the game through this upcoming latest update. It is one of those updates that will be released in the game before the release of Season 2.

Fall Guys is an amazing game that you can enjoy on your PC and PS4. It is one of the most popular games at the current time. All the updates are released to make this game better. There were a lot of server errors at the time of the release of this game, but they were fixed by the developer team. A lot of new features are being added to this game to make the experience of all the players better.

You can also read: How to play Fall Guys on mac?

This update is also bringing by them to get rid of cheaters from the game. Apart from that, you will also get new features. So, you are going to enjoy the game free from cheaters soon as well as the new features will also make your game better before the release of Season 2.

We are excited about this upcoming feature. Are you also excited for this upcoming Fall Guys New Update Teased? Tell us in the comment section below. We would love to hear from you.

You can also read: Fall Guys For Android

In conclusion, we hope that you have got the complete information related to the Fall Guys New Update Teased through some screenshots. So, become ready to enjoy this latest update in your game soon, If you have any questions or queries related to this upcoming update, you can ask us in the comment section. We are here to help you in solving all your queries and questions.