After becoming a big hit on other platforms, Fall Guys is going to release on Nintendo Switch. Digital and Mediatonic have announced the Fall Guys Switch Release Date today, and below you will find all the information related to its release. 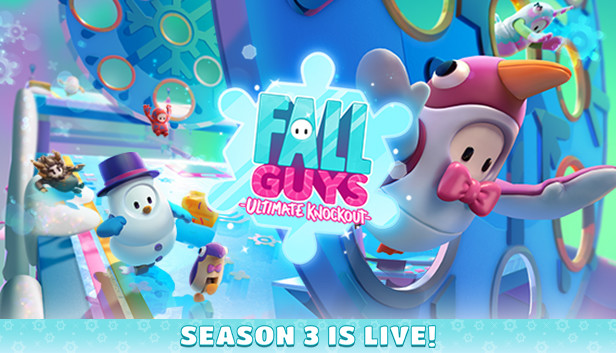 Read More: Is There A Shiny Luvdisc in Pokemon Go?

Fall Guys: Ultimate Knockout is going to release on Nintendo Switch this summer. This special announcement was made by the developers today. This game has been a big hit on other platforms but if you are a Nintendo Switch user and have yet not played this game then you are going to love this.

Below, we have given all the details and info related to the Fall Guys Switch Release Date and more, have a look.

Fall Guys is one of the most popular battle royale games on PC, PS4, and Xbox One. And in this, you have to compete and have to eliminate the opponents. In Fall Guys, a single match is just for a few minutes so you have to be quick to eliminate your enemies. As of now, Season 2 has been released by the developers in which the medieval theme games has been added.

If you have not played fall guys yet, then do watch the trailer out.

Fall Guys got a quick success after its release and developers were not even expecting this much hype for this game. There was a time when most of the streamers were streaming this battle royale game, and it got so much hyped up that there was a time when it also became the most downloaded game on Playstation Plus.

But Fall Guys has beaten Animal Crossing on Twitch that month and it became the second most-streamed game in that month. And now it is coming on Nintendo Switch so definitely there will be excitement among the Nintendo Switch Players regarding its release on the switch.

When it comes to the exact Fall Guys Switch Release date, there is actually no info about that from the developers, but according to some sources it will be releasing this summer on Switch. Whenever we get to know about the exact release date of Fall Guys: Ultimate Knockout on Nintendo Switch, we will definitely let you know about it by posting a blog. Also, there is no information regarding the download size or the gameplay.

The Fall Guys are also getting a port for mobile users, so if you are an Android or iPhone user, you may also get to play this game very soon. But as of now the mobile version of Fall Guys will be only available in China and will be released for other countries soon.

When it comes to the Fall Guys Switch Release date conclusion then we can only conclude that there is no official release date out yet, but whenever it comes out we will let you know. As of now, we only know that the game will be releasing this summer on Switch.

Hopefully, you will like our approach on Fall Guys Switch Release Date Announced Today on February 18, 2021.