FUT Birthday Team 2 Countdown has begun and all players in FIFA 21 are excited about it. They want to know the exact timing of when will it release as well as the details of the upcoming Team 2.

Here, you will get the complete details related to the FUT Birthday Team 2 Countdown in FIFA 21, release time, complete information about the upcoming Team 2, who will lead it, and much more. Let’s explore the complete guide about it without any delay. 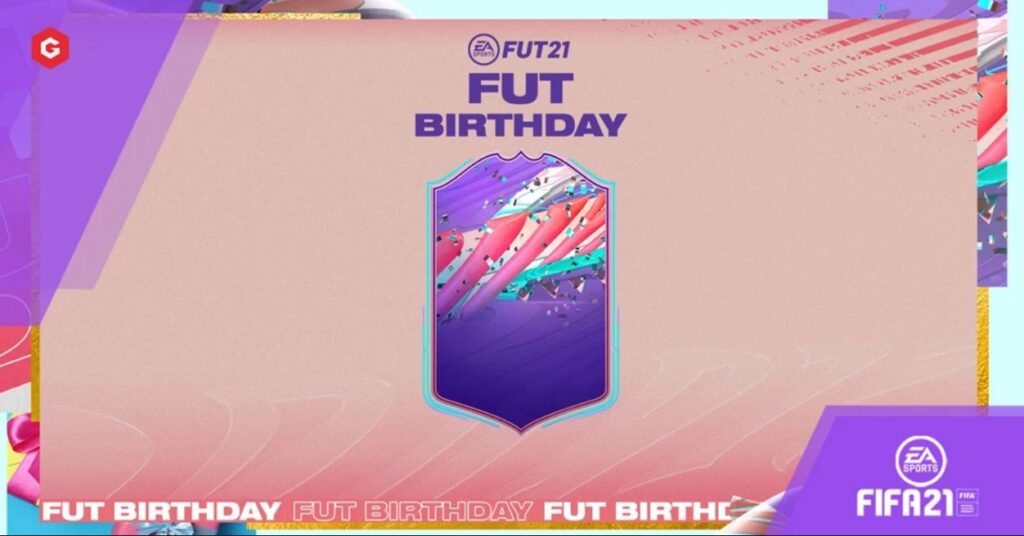 FIFA 21 is one of the most popular football simulation games that you can enjoy on various gaming platforms. The developer of this game regularly brings various promotions to attract the players. As the FUT Birthday Team 1 promotion is going to end, and players in this game are not excited about Team 2 of this promotion.

In case you do not know what is FUT Birthday, it is a special kind of promotion brought by the developer of this game. They bring this promotion for the celebration of the anniversary of the game mode’s creation. During this promotion, all players in this game get the opportunity to earn extra bonuses, rewards as well as special player items.

This upcoming promotion will be made available in the game at 6 PM GMT today. It means that from the evening of April 4, 2021, you will be able to enjoy this special promotion in your game.

It will leave the game after one week. It means that you have got time till 6 PM GMT on April 9, 2021. So, earn all extra bonuses, rewards, and much more this week.

Predictions about the Team

If we believe in the rumors, we have got a list of the complete squad of Team 2. According to the rumors, 92-rated Raheem Sterling will lead Team 2. Apart from that, 88-rated ST Adama Traore will remain the favorite of all fans in the game due to his ratings. There will be also some top-rated players such as Ryan Kent, Luka Modric, and Paulinho in Team 2. 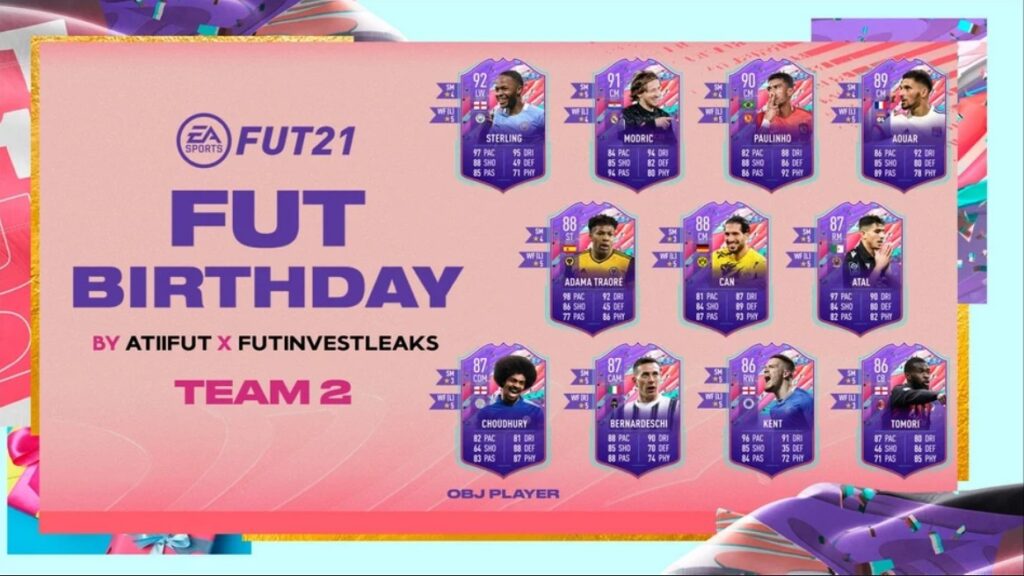 For the exact squad, we will have to wait for the official announcement from the developer of this game. We will update it here once EA reveals it. So, visit our site regularly to get the complete information.

As the team in containing a lot of star players, we are expecting to get amazing content and bouns in the game during this promo. Let’s wait for 6 PM GMT, April 2, 2021, to get the complete details.

This was the complete available information about the upcoming FUT Birthday Team 2 Countdown. Do not forget to share your opinion about this upcoming team in the game. We would love to know whether you are excited about the Team 2 FUT Birthday promotion or not.

FIFA 21 is available to play on various gaming platforms such as Microsoft Windows, PlayStation 4, Xbox One, Nintendo Switch, Stadia, PlayStation 5, and Xbox Series X|S. You will have to purchase to play this game on your device.

In conclusion, we hope that you have got the complete details related to the FUT Birthday Team 2 Countdown, its release time in FIFA 21, predictions of Team 2, and other information. If you have any doubts or queries related to this upcoming promo, you can ask us in the comment section. We are here to help you in solving all your questions and doubts.

You can also read: Can You Download Outriders Free on PC?