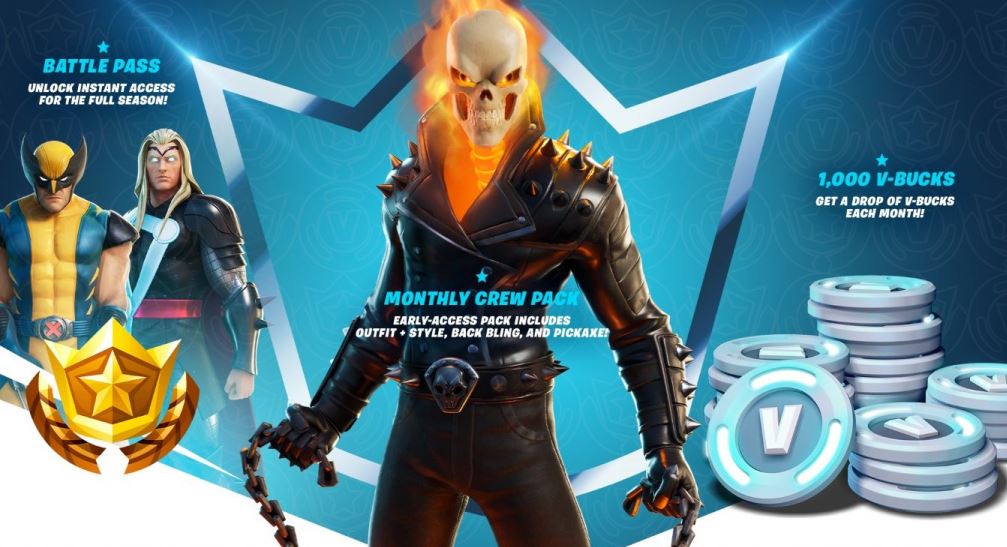 According to the recent leak, the Monthly Crew pack which is the very popular Fortnite subscription service is in the work. It was featured multiple times in the survey that is sent by the Epic Games via Email. The gossip about the Annual subscription system is coming out to this game. The annual subscription will also provide awards for the VBucks, battle pass, as well as exclusive skins. The fans are very excited about the service. Epic Games planned to scrap the idea. If you want to take the advantage of this feature just like Netflix then you have to pay monthly fees for that.

iFireMonkey has leaked the monthly crew pack on his official Twitter. In his tweet, he showed all the questions that were included in the survey. Here we have embedded the official tweet of the iFireMonkey so that you can easily find the complete information in a single place. Here is the tweet that will help you to know about Fortnite Monthly Subscription Service Leaked.

In a recent survey Epic Games has sent out, this image can be seen:

With the image users are being quizzed on how they would rate the monthly subscription service.

The monthly subscription would contain these bits and the pieces such as the Battle Pass, the outfit pack that the subscribers can easily receive first after this it would be sold in the shop that contains the character outfit with the additional style, Pickaxe, and the Back Bling, as well as 1,000 V-Bucks each month.

Fortnite is a very popular online video game that is developed by Epic Games. It was released on 25th November 2017. It is a free battle royale game where up to 100 players can fight. This game is available on various platforms such as Windows, Android, macOS, Nintendo Switch, iOS, PlayStation 4, PlayStation 5, Xbox Series X/S,  as well as Xbox One. If you own any of these platforms then you can enjoy playing Fortnite game on your device.

We have explained the complete information regarding Fortnite Monthly Subscription Service Leaked. If you want to share your opinion with us then drop your opinion in the comment section.

It was the complete guide on Fortnite Monthly Subscription Service Leaked. Now we would like to conclude this article with the hope that you have got the complete information regarding this leak. If you have any queries regarding this topic then you can feel free to ask us in the comment section. We would be happy to solve your queries.