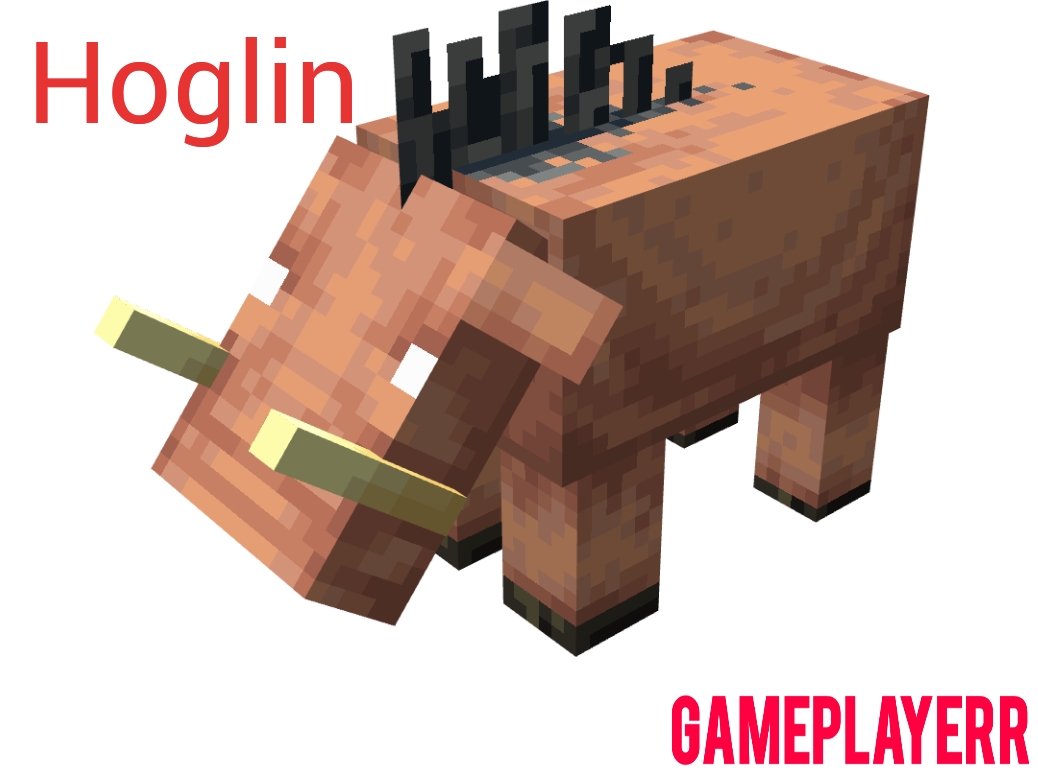 Minecraft 1.16 is one of the biggest updates in Minecraft. The new nether update is having a bunch of new additions like New Blocks, Biomes, New Mob like Piglins and Hoglin in Minecraft, New items and changes. If you are playing Minecraft from years then you know that this is most talked and some say it is the most hyped update of Minecraft.

In every update developers of the game introduces new mobs in the Minecraft. This time in the nether update there are two new mobs Piglins and Hoglins. In this article, we are going to see the information about new mob hoglin.

Hoglin is new Hostile mob in Minecraft. It is now 4th mob derived from a pig. Being Hostile Mob Hoglin will attack the player when they are face to face. Hoglins will get attacked by Piglins. The Piglins will attack Hoglin with bow-arrow. Hoglins will also attack Piglins.

As confirmed by Mojang developers there will be also Baby Hoglin. Two Hoglins will come closer to give birth to baby hoglin.

How to Breed a Hoglin in Minecraft?

After the new mob hoglins announcement many players are curious to know what do Hoglins eat in Minecraft. Hoglins are the first mob in Minecraft who are hostile and also can be breed. Normally in Minecraft, you can not breed Hostile mobs because they are dangerous but now Hoglins are exceptions.

Players will able to bred Hoglins with red mushrooms. So the mushroom in nether is the main source of food for Hoglins in Minecraft.

“Dad what did you do at work today?”. Me: “Fixed a problem with Hoglins. They couldn’t get close enough to each other to… um… make baby Hoglins.” pic.twitter.com/Od8DjVdQRz

How to Tame a Hoglin in Minecraft

Hoglins are the first mob which are hostile as well as they can be bred. Therefore Players asking, can you tame a Hoglin in Minecraft. The full update of Minecraft 1.16 is not released yet. You may tame Hoglin by feeding them mushrooms.

Some interesting facts about Hoglins

2 thoughts on “Hoglin in Minecraft – How to Tame and Breed”