How to beat Cliff: Cliff counters will help you take over him without any efforts. Beating Cliff in Pokemon Go is not an easy job to do. You will need a guide to beat Cliff and here we are presenting to you the line ups of Pokemon you need to use to take over Cliff in Pokemon Go. It is very important that you should know Cliff’s attack strategy and you should also know the counters for each strategy. Each counter will help you against Cliff.

To beat Cliff or any other Team Go Rocket leader in Pokemon Go, you need to get hold of the 12km Strange Eggs or you have to finish the Inter-egg-sting Development Quests.

We have prepared a guide on how to beat cliff Pokemon Go in December 2020. But most likely this guide will work anytime in the near future, until and unless a major update or a major patch arrives in the game. In this guide, we have discussed everything about how to beat Cliff such as Cliff’s Counters, Cliff’s attack strategy, the Cliff Pokemon Line Ups, etc. 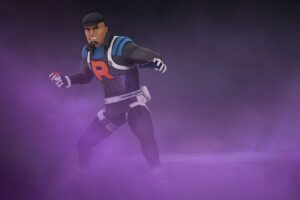 As Pokemon Go is getting new updates and patches, the game is getting tougher, Enemies are getting updated with the new strategies, enemies have different counters now. The leaders are more powerful now, have become stronger than ever before. So defeating the leader has become more difficult, but not impossible, you can take the help of this guide to beat Cliff in Pokemon Go. Have a look at the guide.

How to beat Cliff?

The first lineup which you have to clear is the Omanyte. Beating Omanyte can be tough for you, so you can look upon the Omanyte Counters below.

The final and the third one is the last lineup is the Tyranitar, Torterra, or Swampert. Check out the counters below.

How to beat Cliff Pokemon Go: The Counters

Omanyte is a Water and Rock-type pokemon and is weak against Grass, Ground, and Fighting-type pokemon. Omanyte counters are Shiftry and Sirfetch’d. After overcoming Omanyte let’s move to the second lineup.

In the Second line up there is Onix, Machamp, and Electivire, have a look at the counters.

You can use these Pokemon to fight with Onix:

Machamp is weak against Flying, Psychic, and Fairy, you can use these Pokemon to take a fight with Machamp.

Electivire is only weaker to ground, so beating him might be difficult for you but you can use these Pokemon to beat Electivire.

How to beat Cliff: The Third Lineup

The third and final lineup of Cliff is the toughest one to beat.

Tyranitar is weak against Fighting, Fairy, Ground, Bug, Steel, Grass and Water- types so these are the Pokemon which you can use against him.

Torterra is weak against Fire, Ice, Bug, and Flying. Have a look at the counter options.

Swampert is only weak against Grass, so beating him might be difficult but here are the options.

So this was all about How to beat Cliff and his lineups.

Hopefully, you will like our approach on How to beat Cliff Pokemon Go December 2020.