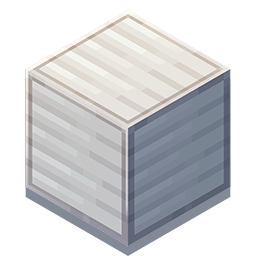 How to Find Iron in Minecraft Earth?

Minecraft earth is an augmented reality game launched by Mojang Studios, creators of the original Minecraft game. This game allows its users to build their own reality using some special tools. Here we have discussed how to find Iron in Minecraft Earth? This game is similar to the world sensation Pokemon Go. It is basically moving around and collecting all the items near you and building things out of it. It focuses on collecting resources, crafting, exploring, building and playing with friends. It is a game where the user is able to create a number of things using tools based on his creativity.

Likely to be similar to Pokemon Go this game adds a whole new level to the Augmented reality world and a number of objects are added to your inventory which can be used to build a variety of things. These collectible items are well known as “tappables”. You can build homes, gardens, forests, dungeons, castles, and anything that your imagination can create. In the latest update, you can play “adventures” and play ‘quest’ with multiple friends which results in winning a number of items and bonuses. While playing adventures you can find iron in Minecraft Earth.

Now there is a list of things that you can collect and the important part of creating anything is to find the raw material. As you have crafted a tool used to cut & chop down trees, Axe used to break down rocks. These tools are created from a number of materials like wood, stone, iron, diamonds and other metals similar to those which are found in the real world.

The idea behind finding each of the material is the source of these items. One would find wood from trees and plants. For stone, you need to dig around the ground. For iron, you have to dig deeper closer underground. In this way, you can find iron in Minecraft Earth. While each of the following items can be easily obtained from a number of places the important one is IRON. As Tools smelted using Iron can break down any type of rock or wall.

The iron ore blocks usually semi grey and has several spots on it. Similar to the coal block but has many bronze spots on it. You must be alert while playing the game, to find Iron in Minecraft Earth.

Where can one find Iron in Minecraft Earth?

Which Tool to be used to find iron in Minecraft Earth

In the early stages, one should use a pickaxe crafted from wood and stones. This tool can be used if you have not found any iron in Minecraft Earth. If One finds these iron ores and forging them into Iron ingots using a furnace to create Iron Pickaxe. As no other ore has the ability to break other ores. The iron pickaxe is capable of digging all types of ores in the game even “DIAMOND” Blocks.

Check Also: How to get coal in Minecraft Earth – Full Guide