How to get coal in Minecraft Earth?

After the release of Minecraft Earth’s early access, everyone is enjoying this augmented reality game. Many players have achieved high levels in the game. But many are struggling to get coal therefore here we have explained in detail How to get Coal in Minecraft Earth.

Minecraft Earth Game has been released in about 50 countries and has a huge fan-following. The game is available on iOS and Android, and it has already been downloaded 1.4 million times in the United States. Early access for the game is now live in India also. Its status and availability are continuing to increase at a fast rate. Since its launch, some players are finding it difficult to get coal. Coal is one of the most important items in a playthrough. This article will give tips that will answer all your questions regarding how to get Coal in Minecraft earth. 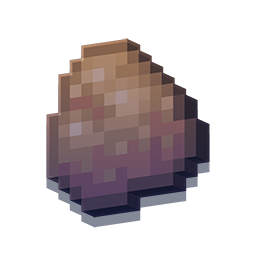 How to get coal in Minecraft Earth

It is the real, life-size Minecraft world on the ground. When the player starts digging with a shovel or a pickaxe, they may find mobs. On further digging deep down, valuable ores and hidden treasures can be found. Adventure is where coal can be found after digging. The best feature of Adventure is that it is only accessible with commands.

How to Get Coal in Minecraft Earth?

Coal cannot be found lying freely on the ground. The easiest way to find coal is by going on an Adventure. It projects a square section of land. This is just like playing actual Minecraft. The player walks around the real world and also moves the phone around to move around in the game.

The player can fight mobs, loot treasure chests, chop down trees, place blocks, and most importantly, can dig into the ground. Coal is commonly found in the ground while the player is in Adventure. Sometimes, the player can find coal by roaming and picking up materials like wood and stone. But, the chances are very rare. This is one of the ways of how to get coal in Minecraft Earth

The player can undertake Adventures along with friends. This increases the chances to mine rare articles and also helps in interacting with familiar animals and enemies. Treasure chests and dig can be looted without ruining the real-life perks. The dirt can be dug with bare hands. But, it is difficult to break coal blocks. The player requires a pickaxe to break the tough coal blocks. A new player should at least bring a wood or stone pickaxe. A stone pickaxe is usually recommended.

One of the steps in How to get coal in the Minecraft earth game is to craft Pickax so that you can break coal. It is very easy to craft a Stone Pickaxe. The player should start gathering stone and wood from the overworld environment while walking. The raw wood should be converted into wooden planks in the crafting menu. The planks can be converted into wooden sticks. A single Stone Pickaxe only costs three Cobblestone and two Sticks.

Similar to Pokemon Go, Minecraft Earth uses the device’s built-in GPS to track all the movements around the overworld. The player can collect random assortments of blocks while walking around in the real world, which is a great way to find pockets of raw materials like wood and stone as you traverse the neighborhood. While the players will need those things to construct tools, including torches and mining picks, it’s highly unlikely that they can find coal while walking around the map. That’s why Adventures are so important.

Coal is a very important material in Minecraft Game. Above we have given a guide on how to get coal in Minecraft earth.  It helps in crafting torches for light and safety. Going into Adventures and digging deep is the surest way to find coal. So, the players should try it but remember to carry a pickaxe.