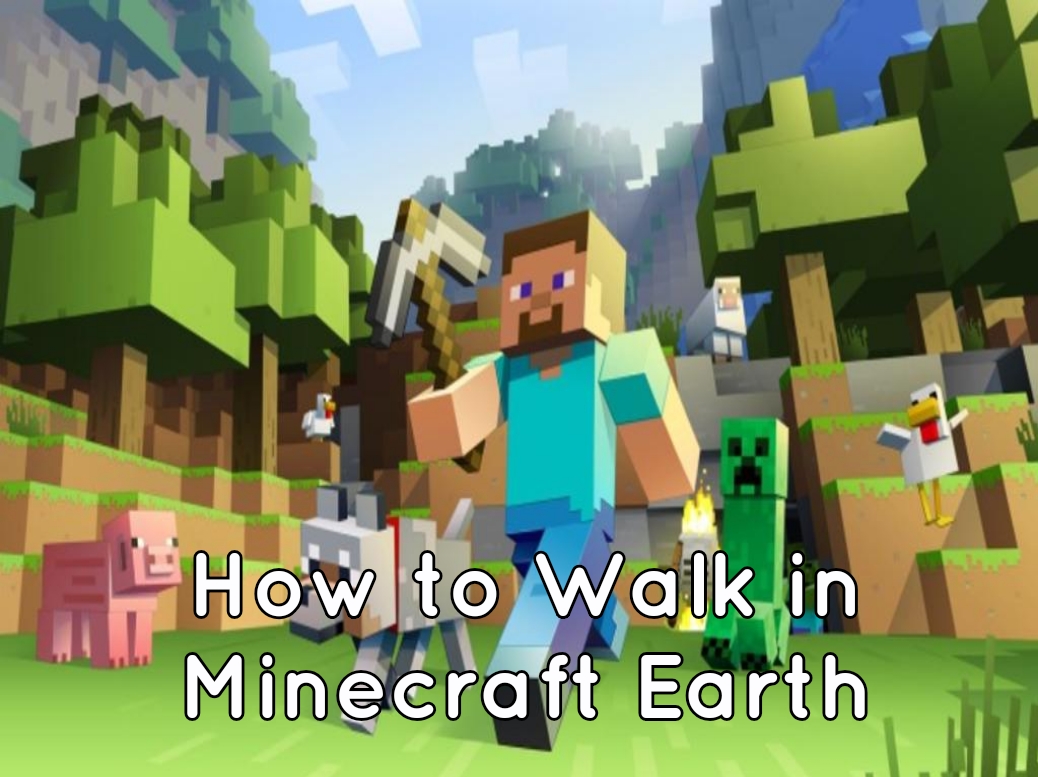 How to Move Around in Minecraft Earth

Minecraft Earth has been a surprise hit since it has been launched. This is totally new game and therefore many players facing challenges while playing the game. The basic question players are asking is how to move around in Minecraft earth. In this augmented reality game players need to build structures using resources they gather. Players must know how to walk in Minecraft Earth to collect resources from tappables.

This game features on the same A.R platform and has been a bigger hit than its competitors in the market. Initially launched on pc platform almost a decade ago Minecraft has been now made available on both Android and IOS platforms. Hence this game Minecraft Earth has become a solo hit globally after the release of the beta version. Initially, the game was launched only a few parts of the world but with the beta version of the game now it can be played almost everywhere.

The platform which game works on the A.R that is the augmented reality if functions as the same as the Pokemon GO. This means the functioning of these types of games is different from the other games as these games use the player’s environment and create a playing field in them. There are numerous games where you can play them staying at your home but what’s different in Minecraft earth is that this game makes you leave your home to play it. This also means you must know how to move around in Minecraft Earth and Explore!

It means the whole wide world is your playing arena. This game uses the sensors in your phone. It uses a smart phone’s camera, gyroscope, clock, and GPS to enable an augmented reality near you.

How to Walk in Minecraft Earth

Once you start moving around you will find tappables. Tappables are those items that help you play the game. They are blocks, mobs, tools, gems etc. If you notice there may be a tree in the real world but in the A.R reality it may be a structure. These items are collectively stored in the inventory. There are many things up on the ground and below the ground. You get special items that can be used to play around.

Benefits of Moving around in Minecraft Earth

As I have stated above the more you move around the more items you collect. The Tappable items are those which help the player to either build a new structure or a tool.  The collected items such as wood, stone, coal, gold, diamonds and iron are used for crafting tools used to cut trees, break blocks of rock, fight the mobs. When you move around you explore your nearby places. This also is rewarding because many a time you may find those items which may be precious.

Problems while Walking around in Minecraft Earth

The second problem may be the network unstable issue which means while moving around if you don’t have a strong network you will be disconnected from the game. This means that all your progress in the game will be automatically deleted.

The third problem is as you move around in Minecraft Earth it consumes a lot of battery and if you want to hang up in the game a little longer you have to carry a power bank with you.

The best side of the game is you can even connect your friends in the game by showing your QR code. They have to just scan it and they will be in the same arena you are. The developers have also fixed up many glitches and bugs to make the games better and UI is very responsive.