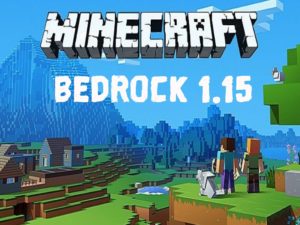 Now full version of Minecraft Bedrock 1.15 is still not launched. It is in process of launch and beta version for this bedrcok update is already launched. So those players who are playing bedrock edition or Pocket Edition on android, iOS or other gaming console can directly play the the Beta version of Bedrock 1.15 update. Minecraft 1.15 Beta vestions 1.15.0.51 and 1.15.0.53 are already launched.

There has been a lot of fixing done while making the Minecraft Bedrock 1.15, so it will be easier to play and don’t crash or show some bugs. Before it used to crash while playing games sometimes, also when you click on read more on the screen of a resource pack.

There was a problem while breaking the invisible boxes like the shulker boxes, that has been fixed in Minecraft Bedrock 1.15. Also whenever there was some crash that leads to the fire spreading in a beehive that also has been fixed.

Performance of the gameplay has been made better in Minecraft Bedrock 1.15, the animation has been enhanced as well as performance while breaking plants has been optimized.

In Minecraft Bedrock 1.15 gameplay there have been lots of fixes, like the missing text in the cartography table has been fixed. The movement is more smooth when you go from running to swimming. You can even deal with the damage inside the water with the TNT explosion. Mobs and items will be taking the damages and will get destroyed if you put them on a cactus block.

Mobs also have been made better in Minecraft Bedrock 1.15, the tamed horse jumping animation has been made better, as well as iron golem has been modified. Wolves will be seen in more biomes. The villagers have been modified so they will not run inside the house when they are raided. The snow golem can try to shoot snowballs, the zombie villagers cannot break iron bars anymore.

Other than this there are many Minecraft Bedrock 1.15, features that been added and maybe will be added before the release and there are great graphic changes that have happened which you will see in the game itself.