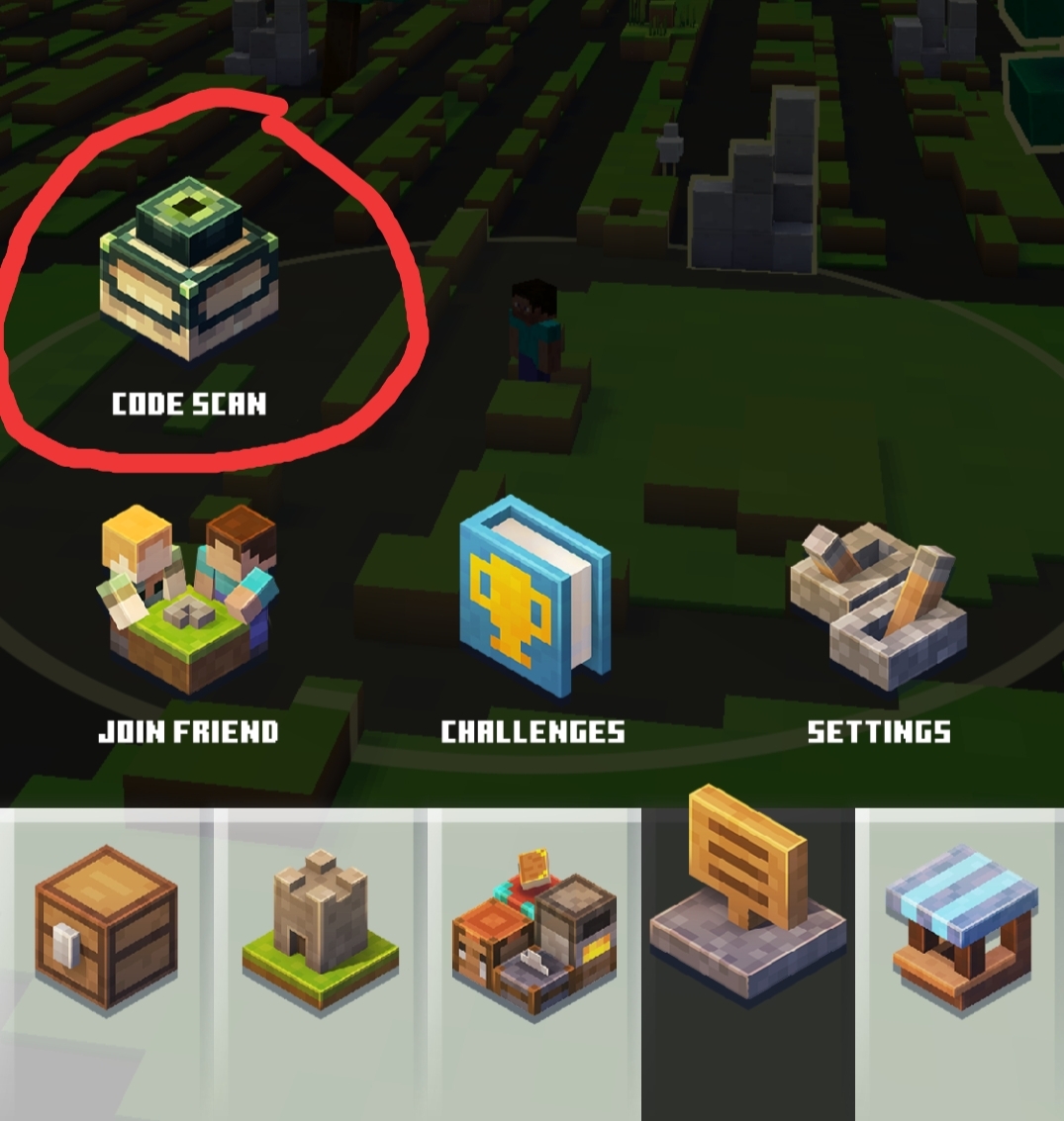 What is Minecraft Earth Code Scan?

While playing the game, there is an icon of Code Scan. There are various assumptions about its use. Different people have different opinions and the exact use of the Minecraft Earth Code Scan is still questionable. Even the official website holds very little information about this icon. Various assumptions are as follows:

Playing games with friends can be a lot of fun. The game has features of playing with multiple players to build a team and share experiences. The procedure to invite friends is not straightforward. The player needs to generate a QR code that can then be shared and one needs to follow a few steps. The steps to generate the QR code are:

The other players who are nearby can use this QR code to join the game after following a few steps:

One can always quit the game whenever they want to. The friends who have joined are automatically deleted once the player opt-out of the game. This keeps the builds safe and there is no risk involved in an outsider destroying the progress. Care should be taken before connecting with friends. They have the capability to destroy the buildings. So, one should allow only a trustworthy person to join the game.

Also by clicking on the second last tab in the Minecraft earth game, you will get options as code scan, Join Friends, Challenges, and setting. By clicking of code scan option you can scan QR code.

Some people assume that by using Minecraft Earth Code Scan, rare resources can be obtained. They think that there are special adventures that are permanently fixed to various signposts. Minecraft code scan option can be accessed using the second last tab, where there is an option for join friends and challenges also. There are specific QR codes for special adventures also. By scanning using Minecraft Code Scan, one can join adventures.

On scanning the environment, a code is asked. The icon being an end portal frame is suitable for scanning the environment and finding the location of various events where people can play this game together. This is early access to games and not many events are organized yet. But in future Minecraft Earth Code Scan can be used to Join nearby events using specific QR code of the event.

The access to the Minecraft Earth game is going to be celebrated in several major cities. There is a plan to bring together the life-sized statues of the mobs for interaction. The mobs like Moobloom, a Muddy pig, and Jolly Llama mob with a scannable QR code are built for this purpose. On scanning the code, people can play a new adventure and earn special rewards. Such Event like ” Mobs at the Park” is already organized. Where people used Minecraft Earth Code Scan to scan QR Codes.

There is a lot of confusion regarding Minecraft Earth Code Scan in the early access of the game. The different views can be misleading. The best option to find out is by playing the game and if it’s not released in your country then one has to wait. And we are waiting for the release of the full version and hoping the doubts will get cleared by the creator themselves.