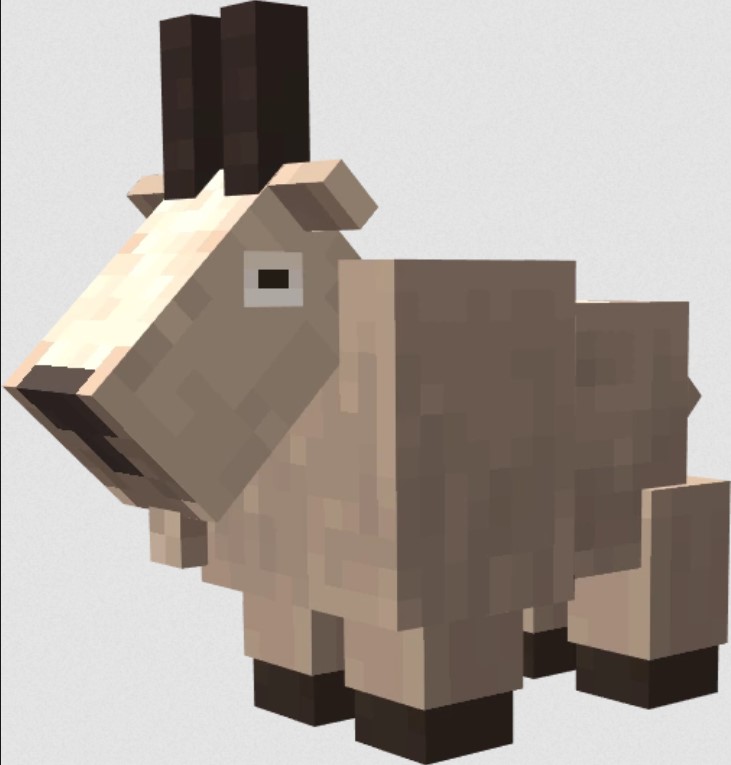 Minecraft Goat is another mob that will be added to the game through the upcoming Minecraft 1.17 Caves and Cliffs Update. Currently, this mob is not released but was revealed for the first time during the Biome Vote in 2019.

Here, you will get all the available information about this upcoming Minecraft Goat mob that is not added to the game now. But, it will be seen in the game soon through the latest major Caves and Cliffs Update. Let’s explore all details about this mob without any delay.

A lot of new things are announced in the Minecraft Live 2020. The major update Minecraft Caves and Cliffs will be released in Summer 2021. This update will get a lot of new features, mobs, items, changes, and much more. Minecraft Goat mob is also one of them. This mob will be added to the game through the upcoming Minecraft 1.17. update.

Location of this Mob

You will be able to find this mob in the Mountain Biome once it will be added to the game through the upcoming Caves and Cliffs update. If you will search for this mob now, you will not find it in the game.

The behavior of the Minecraft Goat mob

This upcoming mob in the game will be able to jump very high into the air to avoid obstacles. You have already read about its attack in the behavior section. More details about this mob are not revealed yet.

As we all know that this mob was shown for the first time during the Minecon 2019 in the Biome Vote – Mountain trailer. In that trailer, you can see Jens and Agnes talking on the Mountain biome. Here, they see this Minecraft Goat Mob. The goat was eating grass in that trailer. When the goat started to ran away, both of them also chased the goat. The total length of this trailer is 48 seconds. You can check it out. We have embedded it for you.

We know that you are excited about this upcoming mob. Even we are also waiting for it in the game. But, it is not possible to get this mob in the game before the release of Minecraft Caves and Cliffs Update. This update is going to release in Summer 2021. So, we will have to wait for the Summer of 2021.

You can also read: Minecraft 1.17 Caves & Cliffs Update – All you need to know

In conclusion, we hope that you have got the complete details about this upcoming Minecraft Goat. You will have to wait for the release of the upcoming major update that is announced in the Minecraft  Live 2020. If you have any questions related to this mob in your mind, you can ask us in the comment section. We would love to help you in solving all your questions.