Minecraft has always been a fun game to explore. The creators are always willing to bring newer updates which will enhance the user and game experience. There is a newer update coming to the game and even better than the 1.15 update which was the Java edition of the game.

The new update for the game is the Minecraft Nether Update 1.16. There is a lot of scoop by the creators but here is something you guys will definitely love. The nether update is basically an upgrade for everything including the Biome (physical changes), mobs, chests, and adventures.

Minecraft Nether Update Release date is not yet announced by Mojang. As per some sources, Minecraft 1.16 Update is scheduled to release in the first half of 2020.

Biomes in the Minecraft Nether Update 1.16

As the creators had discussed earlier three new biomes will be added to the 1.16 Nether. They are the Soul Sand Valley, Netherwart Forest Blue & Netherwart Valley Red. These biomes will support some new mobs in it and they are fun to explore.

#1. The Soul Sand valley can be described as an underground valley covered with dark brown blocks all over. When Fire is added to these blocks they start glowing with blue flames. This fire is known as Blue Fire. Some fossils (remains of buildings) will be seen. 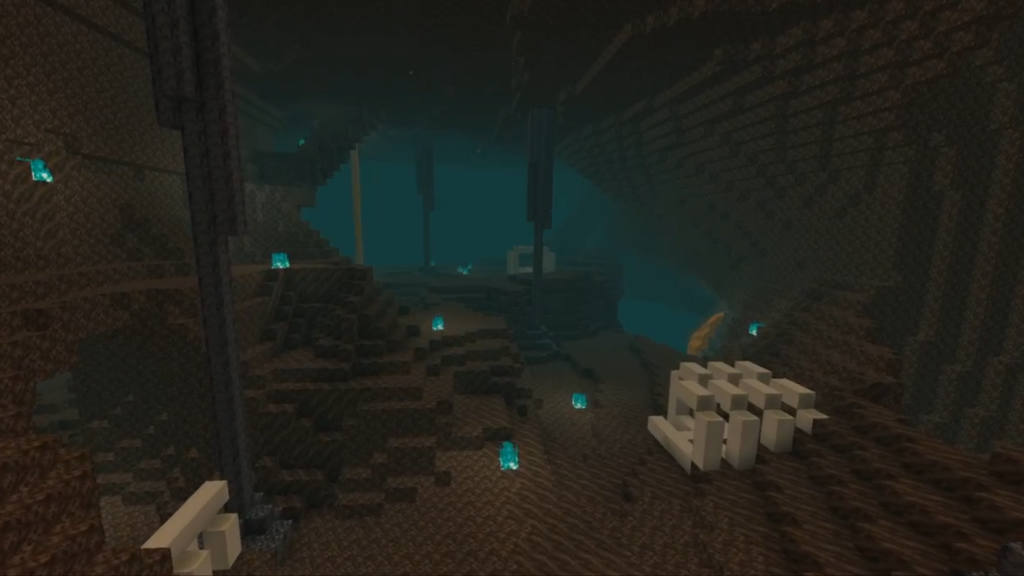 #2. The Netherwart Forest Blue is a forest that has new types of trees. These trees are covered with blue trees and Lava flowing I like rivers. Also, the creepers will be red in color. 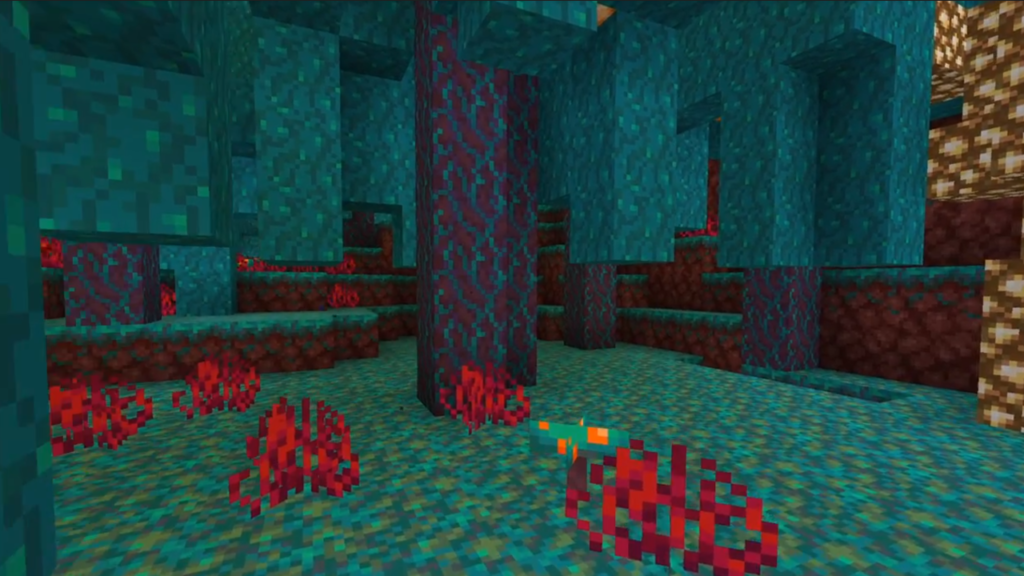 #3. The Netherwart Forest red is a dense forest surrounded by huge trees made up of red blocks. There are chances where you may lose your track and be lost. Here the creepers will be of blue color. 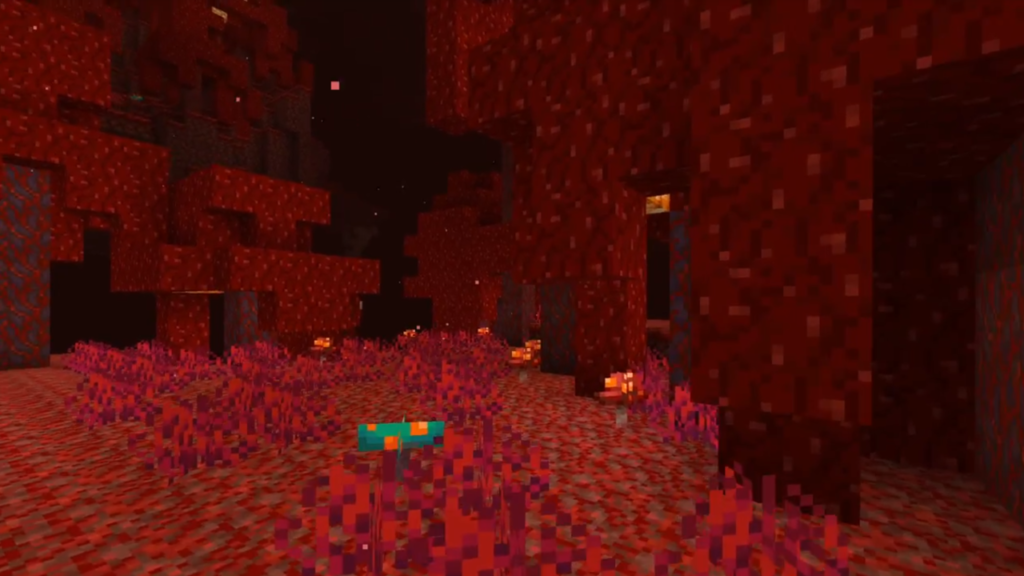 Both the above-shown biomes the Netherwart Blue & Red feature a new type of grass known as Nether grass.

Finally, the developers have decided to bring in new mobs. These new mobs will be found in all the three types of biomes and yes each of one will be exclusive.

#1. Pilgins – These mobs look like humans and are warriors who attack everyone unless you are wearing a gold armor. If you exchange some gold with them they will fight for you. They can spawn Gold weapons like the Gold Swords and Crossbows. They can be used to fight the Hoglins and wither skeletons. 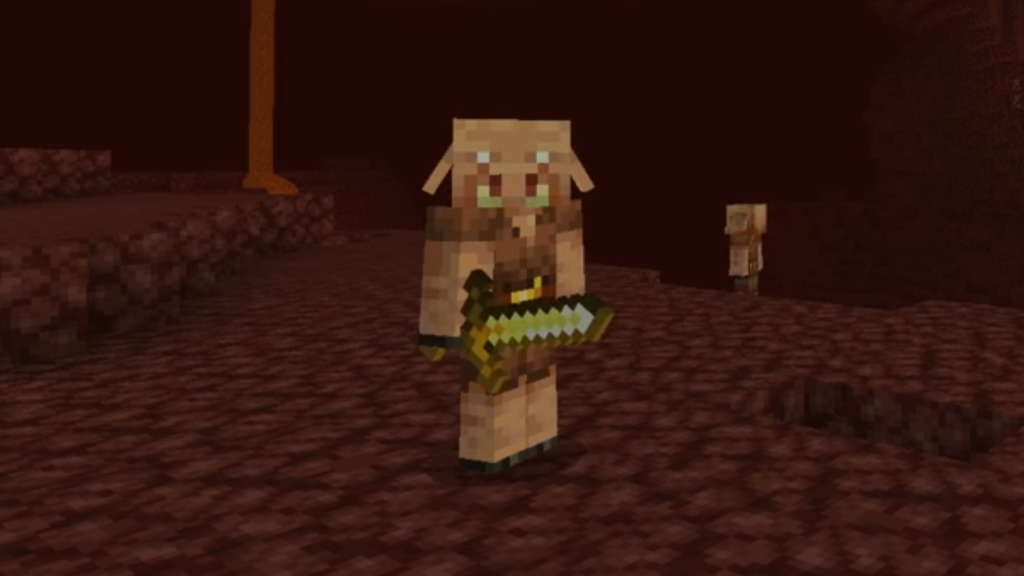 #2. Hoglins – This boar like Mobs are the one running wild in the three biomes. They can attack a larger range than the other mobs and often bred for raw meat. They were previously known as the Piglin beast.

#3. Illusioner – This type of mob enables one to reach from one place to another.

#4. Zombie Pilgin – This type of Mobs are similar to that to zombie mobs in Minecraft game.

Thus there are a number of new mushrooms, creepers and new plants added in the Minecraft Nether update 1.16. A new type of unnamed block is also found in the game which has the ability to craft a new type of weapon which is kept for the players to discover.

This update gives you special access to Respawn yourself at some parts in the Nether if you die.

Also Check: How to Harvest Honey in Minecraft