The year of 2021 is a promising one for gamers around the world. After several games had their release postponed in 2020, due to the COVID-19 outbreak, this year we’ll see plenty of exciting new games coming out to different gaming platforms. Great titles are set to be released for the new generation of consoles, and the second half of 2021 will bring some awesome games for the last generation and PCs as well. 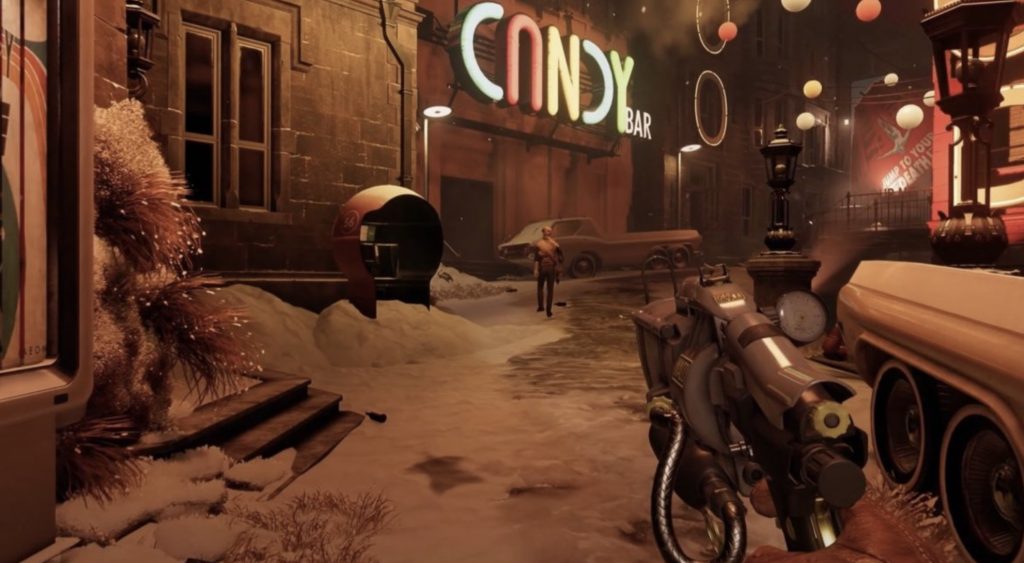 And if you’re tired of the same multiplayer shooters or battle royales that seem to be crowding every game marketplace, there are many incredible story-focused action and interactive adventure games that are scheduled to be launched this year, and will certainly keep you entertained for quite some time.

Life is Strange: True Colors is an upcoming interactive adventure game developed by Deck Nine and published by Square Enix. The game is the fifth installment in the Life is Strange series, and the third entry in the mainline. It is expected to be released in November, for Microsoft Windows, PlayStation 4, PlayStation 5, Xbox One and Xbox Series X/S.

This episodic graphic adventure follows Alex Chen, a young woman who can experience and manipulate others’ emotions, as she embarks on a journey to investigate her brother’s murder. Players can examine and interact with objects, solve puzzles and explore different locations in Haven Springs, while dealing with NPCs through a conversation system based branching dialogues that impact the storyline.

An action-adventure game developed by Arkane Studios and published by Bethesda Softworks, Deathloop is scheduled to be released on November 14, for PlaySation 5, under a one-year exclusivity deal, and Microsoft Windows. The game was revealed at E3 2019, and had its release postponed in November 2020, due to the COVID-19 pandemic.

Created by the same team that brought us the Dishonored series, Deathloop is set on the fictional island of Blackreef, as players take control of Colt, an assassin trapped in a time loop tasked to take out eight targets across the island. Players must take out the targets before midnight, and failing to do so, or dying, causes the time loop to reset. Meanwhile, Colt is hunted by another assassin, that can be controlled by other players in the multiplayer mode, who must take Cole out and protect the time loop.

The Sandbox is an upcoming interactive adventure based on the Ethereum blockchain, developed and published by Animoca Brands. The game is currently in its open-beta phase, and is expected to be fully released later this year. Like every blockchain game, The Sandbox is a fully decentralized gaming experience.

It features a virtual ecosystem with its own revolving metaverse, in which gamers can engage either as players or creators. As a creator, it’s possible to design and build worlds and interactive adventures for other players to join in, as well as items and scenery objects, and trade these assets on the game’s marketplace with its own cryptocurrency, called SAND. Finally, as players, gamers can customize and develop their characters, visit other players’ worlds and play their adventures.

A sequel to the 2016 mystery graphic adventure developed and published by Night School Studio, Oxenfree II: Lost Signal is set to be released later this year for Microsoft Windows and Nintendo Switch. The first title was met with critical acclaim, and was nominated for several awards, including “Best Narrative” at The Game Awards 2016.

Oxenfree II takes place five years after the events in the first game, and players take control of Riley, an environmental researcher who returns to her hometown and discovers a mysterious radio signal. Players must solve puzzles and make dialogue choices that impact the progress of the storyline. The game features a new cast of characters, and also provides an entry point for those who haven’t played Oxenfree.

12 Minutes is an upcoming interactive adventure created by independent developer Luis Antonio, who worked for Rockstar Games and Ubisoft, and published by Annapurna Interactive. It is scheduled to be released later this year for Microsoft Windows, Xbox One and Xbox Series X/S. The game features voice acting by Hollywood stars Willem Defoe, James McAvoy and Daisy Ridley.

Played from a top-down perspective, 12 Minutes takes place in an apartment building, where players take control of a husband who is stuck in a 12-minute time loop in which his pregnant wife is arrested for murder. As he goes through each loop, he must investigate the crime, change his wife’s fate and break the loop.