Oculus Quest 2 leaked before its official reveal today. After this leak, all the fans of Oculus are excited to know the details of this amazing and upcoming VR headset from Oculus VR Division from Facebook. So, we have brought the complete information about it.

Here, you will know the complete details about the Oculus Quest 2 Leaked Videos, Images, Release Date, and much more. It will help you in knowing about this upcoming VR Headset from Facebook. Let’s explore them without any delay. 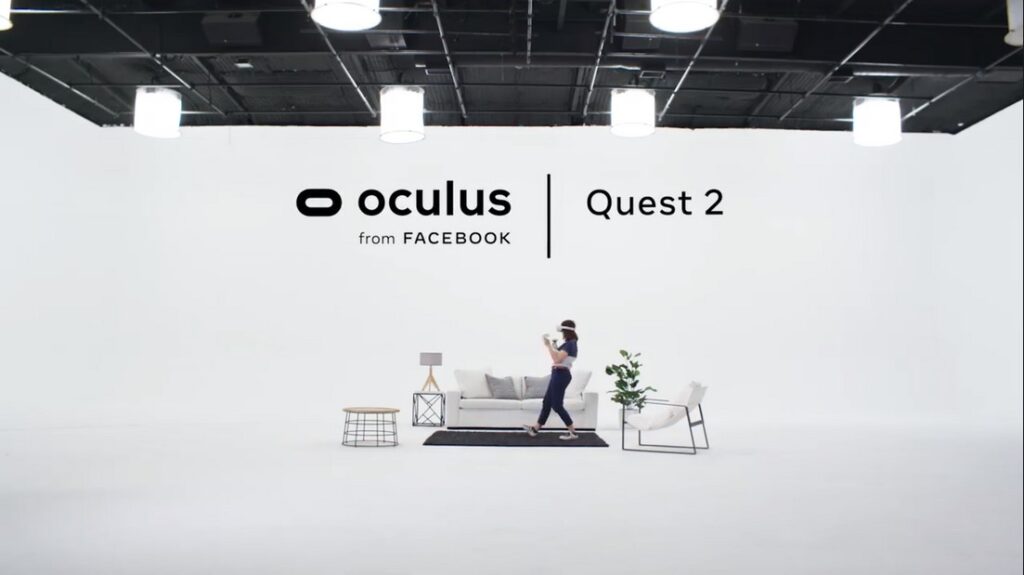 According to the Oculus Quest 2 leaked video, this amazing headset will be powered by Qualcomm’s Snapdragon XR2. This chipset is specially designed for AR and VR hardware. According to this leaked video, this amazing and upcoming VR Headset will support up to 4K display. It means that each eye will support a 2K display that is really amazing. It means that there will be about 50% more pixels on this latest VR headset that the previous Oculus Quest.

Apart from these specs, there will also be 3D positional audio. There will also be controller-free hand tracking. It means that your VR experience is going to be more enhanced and outstanding than the previous Oculus Quest.

There will also be a new controller ergonomics in this amazing headset. This upcoming headset is going to be really powerful and amazing. You will also get a new soft-touch strap to make the headset easier to slip on and off. Its size and weight are not confirmed yet but they will be less the previous Oculus Quest.

As we all know that the previous Oculus Quest was having a 72 Hz display. But now, it is expected that you will get a 90 or 120 Hz display in the upcoming Oculus Quest 2. It is not confirmed yet in the video but we can expect this upgrade.

The best part about it is that there all the games of Quest will be supported on the upcoming Oculus Quest 2.

If we talk about the pricing of this upcoming VR Headset, it is not confirmed yet. But, you can expect that the price of the 256 GB variant will be $399. Actually, it was listed on Walmart and now it is removed.

The official announcement date is not cleared yet. But, you can expect that this amazing VR Headset will be announced soon in the Facebook Connect developer conference. This developer conference is set to start on November 16, 2020. It means that you will not have to wait too much for the reveal of Oculus Quest 2.

You can also read: How to Pre Order Xbox Series X?

In conclusion, we hope that you have seen the Oculus Quest 2 Leaked Images, Videos, as well as the Release Date. If you have any questions or queries related to this amazing and upcoming headset, you can ask us in the comment section. We are here to help you in solving all your queries and questions.