Minecraft event went live on 3rd November at 12 noon EST. The main purpose of this event was to pick a particular mob by voting for the upcoming update.

The nominees were Moobloom, Iceloger, and glow squid. Out of which glow squid won by gaining the most number of votes. keeping this aside they also introduced new blocks and tools that would be implemented in the Minecraft caves and cliffs update.

This new update has its own perk for Redstone engineers. On the board of Caves and cliffs update, they introduced a new tool in Redstone Mechanism called a sculk sensor.

What is a sculk sensor? 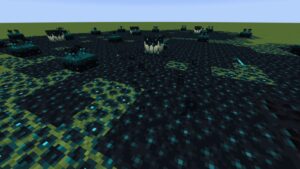 This sensor will produce wireless signals at a particular distance allowing players to activate different contraptions at the same time instead of building different buttons for each one.

How sculk sensor will create a positive impact on the current Redstone mechanics?

Talking about current Redstone mechanics, Redstone is primarily based on 3 factors: Input (Includes Redstone torch, a lever, or any other activation tool), Main contraption, and output. Combining all this together is known as a contraption.

Considering the latest Minecraft version learning Redstone is quite hard for new players to understand. This involves complex Minecraft Redstone mechanics just to make a simple contraption. This may seem hard to you but it’s actually quite easy if you’d look it from a different perspective.

Currently, Redstone is considered as one of the most difficult Minecraft subjects to linger upon. This is because though it is easy but because of undetermined and complex contraption makes it hard for new players to understand.

Redstone contraptions with the help of a sculk sensor!!

Within the introduction of Sculk players would now be able to make these kinds of contraptions more clearly and seamlessly as this new mechanics will revolve around wireless communication between input and main contraption making players easy to understand and learn them how a particular contraption would work.

This new tool called the sculk sensor would mark the possibility to activate all the contraptions at the same time with a one-click making Redstone easier and less complex than before.

Some uses of sculk sensor:

How to make a Wireless Redstone clock? 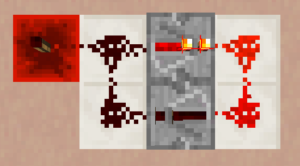 We all know the importance of the Redstone clock in regulating mechanics like automatic farms. They are a type of circuit that sends a signal forever at a certain interval.

Earlier players had to use repeaters and complex circuits just a make a single clock. But this would be easier than now in future updates.

With the implementation of Sculk Sensor players would now be able to use it with a piston to create a wireless Redstone clock instead of making those intricate contraptions.

They will get generated in a new type of biome called the Deep Dark biome. Here you would be able to find sculk blocks, Sculk chute as well as Sculk itself.

So what you all are waiting for? Be ready for the upcoming Minecraft 1.17 update to challenge your Redstone skills.

To all the Redstoners out there we hope you guys would make good use of this new tool to maximize the possibility of Redstone contraptions that ever existed before. If you have any doubts or queries make sure to comment down below!!

Check out our article on Minecraft 1.17 snapshot release date.

Missed the live event? Don’t worry check out a recap of that event.