The players are very excited to explore the Tekken 7 Season 4 Patch Notes. This game was released in 2015 and it is a very popular game among the players. In this article, we will discuss the complete information regarding Tekken 7 Season 4 game. 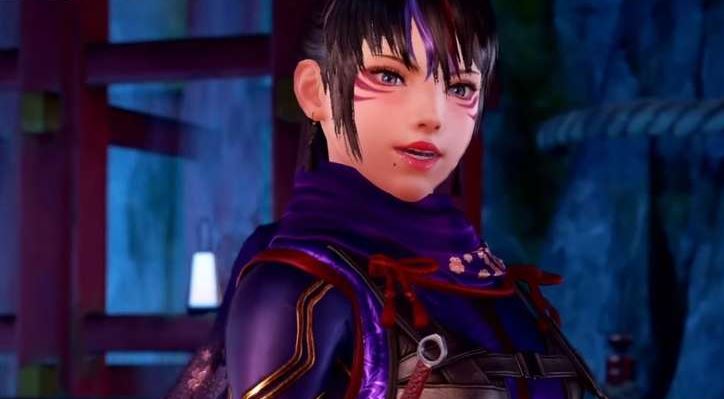 Update: Tekken 7 Season 4 Patch Notes is now live. You can find it below.

Before discussing Tekken 7 Season 4 Patch Notes, let’s discuss the new characters, stages, as well as other features that can be added to season 4 of this game.

Kunimitsu is the new as well as a confirmed character in Tekken 7 Season 4 game. Since Tekken 2, this character is not a playable fighter in the mainline franchise. She was also seen in the Tekken Tag Tournament.

If we will talk about the stage then we can see Vermilion Gates in Season 4. It will feature the backdrop of Mount Fuji, as well as the popular red pagoda in Kyoto, Japan. The players can also explore different characters, and stages in season 4.

Apart from the character, and stages the DLC can also introduce a wealth of other updates. It can add significant enhancements to the online play, new top-level rank, as well as user interface. The players can also explore the Tekken Prowess in season 4. The players can also find the Pac-Man event in this game. The Pac-Man stage may appear for a limited time.

The players who do not have the season pass will also get the benefits of the other changes that would be made in the Tekken 7 Season 4 game. The online play enhancement will improve the response time as well as rollback. Some new moves would be added in this season.

This season will start on 10th November 2020. It is a very interesting fighting game that is played across the world. Bandai Namco Studios is the developer as well as publisher of the Tekken 7 game. It has both single-player modes as well as multiple player mode. This game comes under the fighting genre. This game is available on different platforms such as Arcade, Xbox One, Microsoft Windows, and PlayStation 4.

Here we have embedded the link to the trailer of Tekken 7 Season 4 game so that you can explore the complete information in a single place.

Now, it is time to see the complete Tekken 7 Season 4 Patch Notes.

You can also read: Fun Maps to Play in Fortnite Creative Mode – November 2020

After discussing the release date and the characters and features added to this season, let’s talk about the patch notes of season 4.

The players are very excited about the Tekken 7 Season 4 patch notes of this season so that they can explore the changes made in this game along with the features added in this game.

Here are all Tekken 7 Season 4 Patch Notes for you. Read them to know the changes made in the game.

The following elements will be added to the game through this latest update version 4.00.

This was the complete Tekken 7 Season 4 Patch Notes. You can download this latest update to get the latest Season 4 of this game.

After seeing the Tekken 7 Season 4 Patch Notes, it is time to know the downloading process of this latest update. You can easily get the latest update on your gaming platform.

On PS4, you will have to select Tekken 7 using the “Option” button. Now, you have to just select “Check for Updates” for getting the latest update.

On PC, STEAM will check for the update when you will launch the game.

This game focus on the 1v1 battles. In this game, the players can enjoy the Rage Art, Power Crush, as well as Screw hits. Rage Art is the critical move that is unique to each character. Power Crush is the attack that can easily absorb the opponents’ hits with Mid or High property. When we would talk about the Screw hits then it replaces the Ground Bound.

Do not forget to share your opinion about the Tekken 7 Season 4 Patch Notes.

It was the complete guide on Tekken 7 Season 4 Patch Notes. Now we would like to conclude this article with the hope that you have got the complete information regarding this season as well as the patch notes. If you have any queries regarding this then you can feel free to ask us in the comment section. We would be happy to solve your queries.