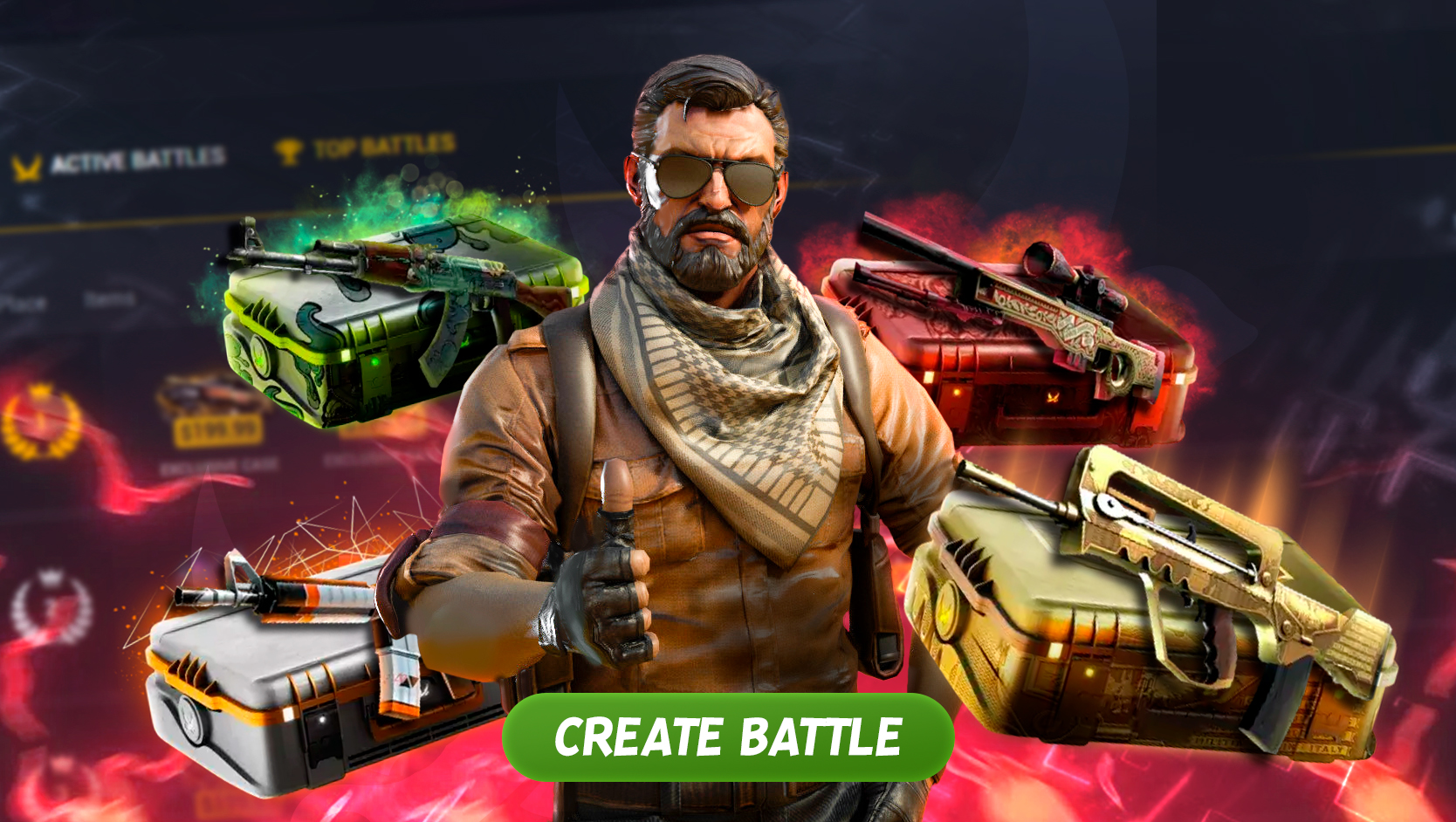 CS:GO case battle: Its rules and how to take advantage of it

Cases are an integral part of CS:GO, and the community has adored them since Valve added them to the game. But many years have passed since their release, and people got a little bored with the default case opening process. So to bring new experiences and emotions into case opening, different websites invent their own interactive ways to do that. Case battle has become one of them, bringing more thrill and excitement to the boring “press one button” routine.

But before diving into the case battle, we would like to acquaint you with another cool way to get new skins and increase your inventory cost. CS:GO case battle site presents a battle arena, which is a unique system, allowing you to get one of the listed skins while fighting for them with other participants. If you want to taste a real competitive spirit and get some juicy loot, you will definitely enjoy it!

What is CS:GO case battle?

CS:GO case battle is a multiplier mode of case opening that allows players to fight, opening cases simultaneously. To win the battle, you will need to get more valuable loot from opening cases than your opponent. This case opening mode is even more intriguing if you consider that both players have the same chances of winning.

The case battle can last an unlimited time, but in practice, the game ends as soon as players decide not to buy cases. So each player can buy cases that he wants to outrun his opponent. But keep in mind that both cheap and expensive cases have items of different costs.Generally, opening more expensive cases will result in a better profit, as their items’ average prices are higher.

You are considered a winner if you have scored more total profit than your opponent. You will be rewarded with all the loot you managed to get during the battle.

How do you participate in case battles?

Case battle is not an official Steam practice, and you would need to use case opening websites to take part in it. Thus, the first step to participating would be to find a website that features case battles. The following steps would be:

How do you claim rewards from the battle?

To claim the skins you obtained during case opening, and the first step would be to link your steam account to the case opening website. Some platforms don’t require you to do that, and they will just ask you to give them your personal trade link. After that, a special bot or a person that works for the website will send you a trade offer with all the skins you won. And then, you can easily apply those skins in-game and impress your teammates. But skins are not the only thing that you should use for impressing. What is even more important is your personal skill.

Pros and cons of case battle

The main advantage of the case battle is its new interactive and fun way to open cases. It brings a new experience to case openers. In addition, the rewards you get from the win are great. It is not rare when profit from a win reaches more than a couple of hundreds of dollars. Another big advantage is the feeling of adventure the case battle invokes. Intrigue is held till the end of the game as no one knows which item you will get from the next case.

But as with any other activity, case battle has a few minor cons. One of them is a price threshold. Taking part in a case battle might be pricey, as people who enter it are often ready to play big, and the game will not end after a couple of open cases.

In Conclusion, a case battle is a great way to bring new colors to ordinary case opening experiences and test your luck in combat with other openers. Just make sure to maintain a balance between spending and risks.

read also: How to Show FPS and Ping in CSGO: Top Left and Bottom Right