The end of an era for stories, versatility, and one of the best expansions of WoW

Now that the last phase for World of Warcraft: The Burning Crusade is live, it’s time to look to what’s next: The Wrath of the Lich King. It’s the best expansion of the game — at least according to a massive percentage of the fans. Still, few subsequent expansions rose to the heights that WotLK did. Here’s what you can save WoW TBC gold for. 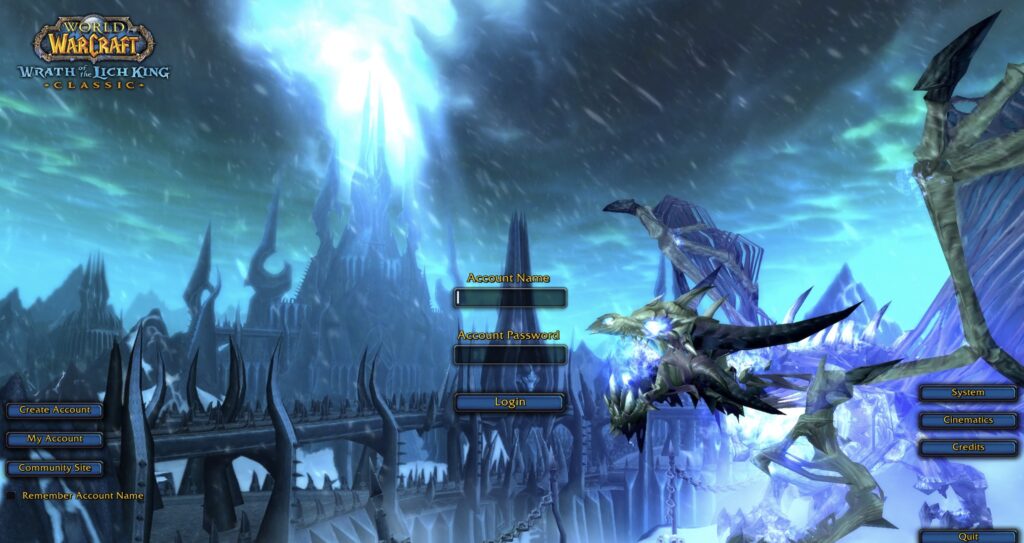 You can also read: How to Breed Frogs in Minecraft 1.19? Simple Steps – Location, How to Tame

Building up from the campaign of Warcraft 3 (and the Frozen Throne), Wrath of the Lich King closes the storyline of the titular character. What happens is not quite a spoiler, but suffice it to say, it will bring closure to anyone following the story of this hero-turned-villain.

The way the expansion handles the telling of this storyline is better than in The Burning Crusade and the other ones that followed. The direct tie-ins with the lore from Warcraft 3 definitely helped establish the Lich King as a threat — something future expansions couldn’t build on. Warcraft 3 was the last RTS game Blizzard made and Reforged just remasters it for the current generation.

That meant that content mainly remained the same, so there aren’t any story tie-ins for future expansions. It was one of the reasons why WotLK’s story did so well. Fans of both games definitely had an emotional investment in the characters and their stories. Seeing the inevitable end and being a part of it is priceless.

Of course, this being a Classic remaster, the impact wouldn’t be the same. However, it’s still a chance to relive those old glory days and see it all happen again.

Before classes were streamlined to follow one or two roles (depending on what branches you spec in), in WotLK, you can do that in one skill tree. For example, Shadow DPS Paladins have buffs, so they’re still valuable party members even if they don’t do as much damage as other classes.

That goes for all the other roles. Even if they’re not as good at healing/tanking/dealing damage, the extra effects make up for it, mostly. It didn’t work for all, but just having the option to do so helped create more unique builds.

Raids didn’t have to have a strict roster of members. After all, players can fill in many roles well enough in WotLK. Most dungeons have a 10-man version aside from the 25-man one, so you don’t constantly raid with large groups. It also takes advantage of all the hybrid builds.

You can also read: Codes for Gucci Town Roblox for July 2022 – How to Redeem, New Rewards

Besides, there isn’t one ‘meta build’ players have to use to be effective. Every build is viable to an extent, but the most effective ones became the most popular.

To sell the idea of hybrid builds even more, the Death Knight debuted in this expansion. Each of its skill trees focuses on DPS-ing and tanking, making it the perfect example of builds in WotLK. Sure one of its trees is less popular than the other two, but the general idea is there.

This is the last expansion to have this kind of “build freedom”, as the ones that followed enforced the skill trees sticking to one role. It was done in the name of balance and class hierarchy, though it culled the creativity of niche builds.

Some players love the endgame locations since they seem to be more populated than the bleak Outland and Kalimdor. This was also when PvP ramped up in the game and people started getting into the activity. They remember it fondly as ‘peak PvP’ (or maybe that’s just all the DKs dominating the rankings).

The group finder also found its way to the expansion, but only near the end. For most of the content, players had to go up to others and socialize to create groups and parties. Along with that, servers were more isolated from each other. While you can’t play with a friend from another realm, drama is contained in each server instead of spilling out to others.

You can also read: Xbox Games With Gold July 2022

It can’t be denied that many players favor this expansion. Along with that comes the nostalgia filter or rose-colored lenses (or whatever variation you use). In truth, WotLK Classic could be worse than its first release. Other than the rosy filter, it could be because you’re not the person you were before.

Your tastes and situations have changed, so something you enjoyed before might not be as enjoyable now. That doesn’t mean you can’t have fun in WotLK now; it’s just that you might like different aspects of it. As per Classic treatment, there will be some minor changes, but much of it should be the same expansion as before.

Well, everyone’s biased somehow, so nobody is genuinely objective. Still, whether you love or hate WotLK, it’s an experience to look forward to. Start farming TBC Classic gold and TBC power leveling up that Death Knight once the feature becomes available. That’s how you can make the most of Wrath of the Lich King Classic.

Have fun and enjoy WoW TBC Classic (for now)!