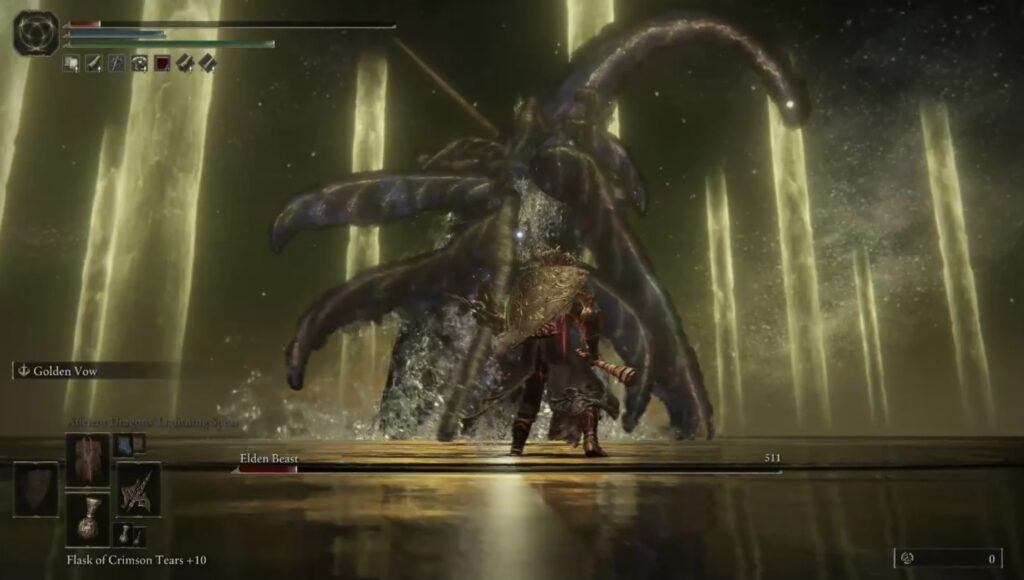 How To Beat Elden Beast

How To Beat Elden Beast

At the start of the fight, you can face Radagon of the Golden Order. If you do not have a proper strategy then Radagon can be a difficult boss. His attacks can be fatal, so you have must have an idea about it. The best way to take out Radgon is to make sure that you have to the spirit summon. You must need more tanks in this fight so that maxed-out mimic tea can be the best choice.

As the fight starts, you have to summon your mimic tear as well as try to evade Radagon’s attacks until he switches that can whittle down your HP pretty quick. If you want to avoid his summons then you have to learn his patterns. Once you have defeated the Radagon, you can simply face the Elden Beast as well as the entire setting would leave you in the awe of the beauty of the game.

The strategy of the Elden Beast is simple and easy. You have to attack him frequently from the back. Most of its attack would not hit him. It will not move at all from the spot. You have to completely hit from and not take a single hit from him. When the circle is about to engulf you then you have to jump at the right moment.

After explaining the complete information regarding how to beat Elden Beast, we would like to explain more about the Elden Beast’s weakness:

You can track the golden orbs as well as shoot magical projectiles at players. The projectile assault can last for a second so you have to get ready to run as this is more effective when it is compared to dodging or rolling. The players have to play smartly so that they can easily beat the Elden Beast and save them from the damage.

You can also read: Kirby Forgotten Land Present Codes April 2022: How To Redeem