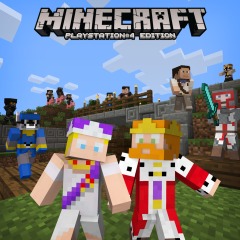 Minecraft 2.09 PS4 Update is released for every PlayStation 4 Player. You can now download and install this new update for your game. We will also see the size of this latest update.

In this article, we will see all the latest features added to this update. Let’s start seeing all the new features added in this latest update without any delay.

In this section, we will see all the latest features added to this update. You will have to spend a total of 182 MB to download and install this update on your PlayStation 4. The size clarifies that players will not get any major changes or features in this update.

This update is released by the developers on November 8, 2020. Before this update, the major update was the Nether Update.

Here is the list of all the features included in this update. You will get these features in this Minecraft 2.09 PS4 Update.

The first thing in this update is minor bugs and crashes fixes.

Another feature in this update is minor but necessary. This update has included a button combination. This combination will help you in clearing your sign-in data of your game from the loading page. It was necessary because users were facing crashing and screen stuck during the loading screen.

The key combination is L1 + R1 + L2 + R2 + Options + TouchPad. You will have to hold this combination until the initial screen loading gets removed. This button combination is a minor feature but it was very necessary in the case of screen stuck or loading screen crashing.

You will get these features in Minecraft 2.09 PS4 Update. Now, we will see the brief introduction of this game. It will help you in understanding this game easily.

Minecraft is a blocky and procedurally generated 3D gaming world. The developer of this amazing and blocky game is Mojang Studios. They released this game in 2011. After the release, this game became a big hit among all the gamers.

More than 200 million copies of this amazing blocky and 3D game have been sold now. This game has more than 126 million active monthly users.

In conclusion, we hope that you have got all information about Minecraft 2.09 PS4 Update. If you found this article informative and useful, share it in your gaming circle. If you have any queries or doubts regarding this update, feel free to ask us in the comment section.