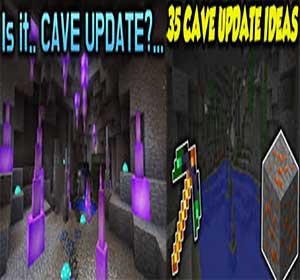 So these are some ideas for Minecraft Cave Update in 2020 from the Reddit community. There are also data packs and mods which works as cave update. Many YouTubers are using mods for live streaming of new cave update ideas. But the truth is there is no cave update released by Minecraft yet.

Many players in the community saying that Minecraft will never release a cave updates. Also, there are many videos on YouTube about cave updates. Players are also signing Minecraft Cave Update Petition. Those who want to play are using mods for cave updates.

For further information, you can also visit: https://gameplayerr.com/