In this article, we will discuss the new features of Minecraft Realms in detail. We will also see about Realms plus. So, let’s start this article without wasting any time.

First of all, we will see a brief introduction of Realms. Realms are very famous among Minecraft gamers.

Realms are actually personal multiplayer servers. This is run by Minecraft. These servers are specially for you can your friends. Even if you log off from your Minecraft world, your world will remain online. Only those people can join this world who has got an invitation from you. You are the master of your own world. You can create it, survive, or even compete in this world.

There are two different versions of Realms. This is so because Minecraft has two versions itself. So, each version has its own realms servers.

There are also subscription plans available for Realms. They are known as Realms Plus. You can purchase them according to your needs. The best thing is that your friend does not need Realms Plus to join your Minecraft World.

In the latest Nether Version, many new features are added to the Minecraft Realms 1.16. This update is making Realms more advanced and accessible. In the previous versions, it was not easy to use realms. Users can now use all the new features. Now, you can easily hide the Multiplayer button using the disable Multiplayer Button option.

A lot of new Biomes are also included in Realms in this update. There is a new feature through which you can easily kick or ban a user in-game from the realms. This feature is currently only for the owners.

If you do not know about Minecraft, do not worry, we will explain to you Minecraft. Actually, Minecraft is a sandbox video game. The developer of this game is Mojang Studios. It is one of the most popular video games in the world.

You can explore the blocky, procedurally-generated 3D world.  This game has an infinite terrain. You can extract and even discover many raw materials, craft tools, and even many items. In this game, you can build structures and earthworks. You can also fight with other players or with computer-controlled mobs. 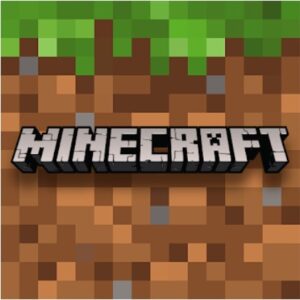 The best thing about this game is that there are not any specific missions in this game. Players are completely free to play this game according to themselves. You can move infinitely on the horizontal plane. But, there is a limit to move on the vertical plane. This large world is divided into many biomes such as deserts, jungle, snowfields, and much more. The game has a day-night time cycle. One game time cycle is equal to 20 minutes of real timing.

In conclusion, we hope that you have got all information about the latest update for Minecraft Realms. If you have any queries or doubts regarding Minecraft Realms 1.16, you can contact us in the comment section. We will help you in clearing your doubts. Please note that Minecraft is not our property. We have only provided information on it. Mojang Studios is the developer of this game.