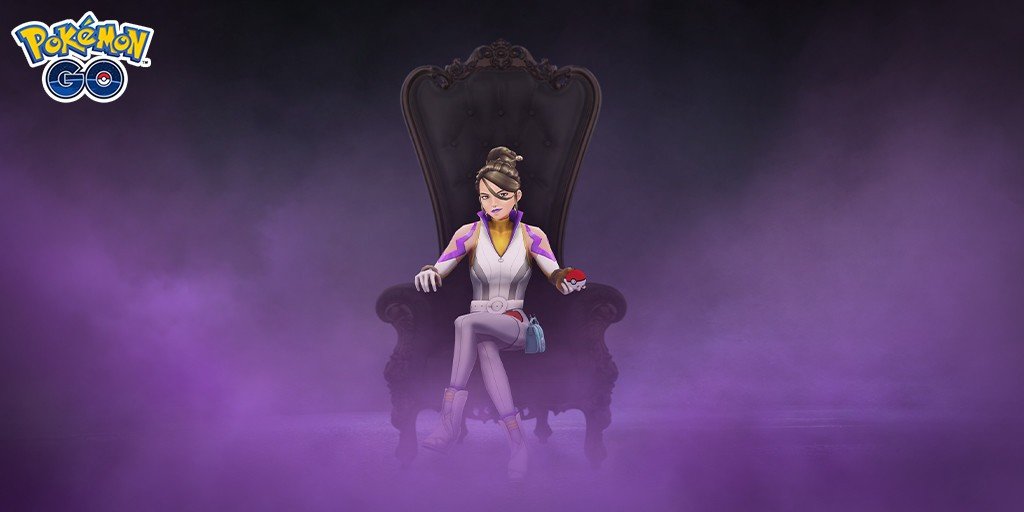 Sierra is back again in March and this time she has different Pokemon and tactics. So here is How to defeat Sierra in March 2021 in Pokemon Go. We have given all her counters, weakness, and tactics, have a look.

Sierra is one of the three Team Rocket leaders in Pokemon and as always she is back again with different strategies and Pokemon to battle you. Sierra has been updated by Niantic in February 2021, so keep this thing in mind before going to battle with Sierra in March 2021. Now it has become difficult to battle Sierra, you will first have to understand her lineup of Pokemon and then have to overcome it.

Below, we have given all the details about How to defeat Sierra in March 2021 in Pokemon Go and what are her counters, weakness, and strategies, have a look.

Pokemon Go: How to defeat Sierra in March 2021?

Sierra is back again in March and she is now updated and has a different Pokemon lineup and strategies. Sierra will appear in Pokemon Go when you have successfully defeated 6 Team Rocket grunts. Also, you will need to acquire the defeated grunts component so that you can make a Team Rocket radar, as it will help you track the Team Rocket balloon. Sierra can also appear at the Pokestops.

In Feb 2021, Niantic made some changes to all the Team Go Rocket leaders and now they have become more powerful, but if you follow this guide you can easily defeat them. Below you will find on How to defeat Sierra in March 2021 in Pokemon Go, her Pokemon Lineup, how to counter the lineup, etc.

How to defeat Sierra in March 2021 in Pokemon Go: Sierra’s Lineup and Counters

Sierra has 3 lineups of Pokemon which she will use against you, so you will first have to understand the lineup and then look at what are the best counters.

Sierra’s 1st Lineup of Pokemon and its Counters:

Sierra uses Canvanha as his first Pokemon. Carvanha is a Dark and water-type Pokemon but he is weak to Fighting, Bug, Fairy, Electric, and Grass-type attacks. So the best counter against him would be a Grass or electric-type. You can choose from Heracross, Electivire, Lucario, Machamp, Raikou, or even Roserade.

Sierra’s 2nd Lineup of Pokemon and its Counters:

So Sierra’s second lineup is weak against the Grass, Ice, Dark, and Water-type attacks. So you can use Lapras, Swampert, Kyogre, Gyarados, Sismitoad, Tangrowth, Alola Exeggutor, Chesnaught, or even Roserade.

Sierra’s 3rd Lineup of Pokemon and its Counters:

So the 3rd lineup of Sierra is weak against the Fairy, Dargon, Ground, Fighting, and Rock-type attacks. So we would suggest you use Machamp, Heracross, Gallade, Sirfetch’d, Garchomp. Conkeldurr, Donphan, Krookodile, and Rhyperior.

So this was all about How to defeat Sierra in March 2021 in Pokemon Go and what are her best counters, weaknesses, and tactics. If you have successfully defeated Sierra then you will get an opportunity to capture the Shadow Carvanha. Also, Carvanha can be evolved into a Sharpedo. So don’t miss the chance and beat Sierra with the help of this guide.

Read More: The Division 2 Server Down for Maintenance – February 23, Downtime

Hopefully, you will like our approach on Pokemon Go: How to Defeat Sierra in March 2021? Counters, Weakness, and Tactics.