Genshin Impact Update 1.1 Patch Notes is leaked. According to the leaked Patch Notes, this update is going to be huge. So, we have decided to bring complete information about it. It will help you in knowing what you can get in your game through this upcoming update. 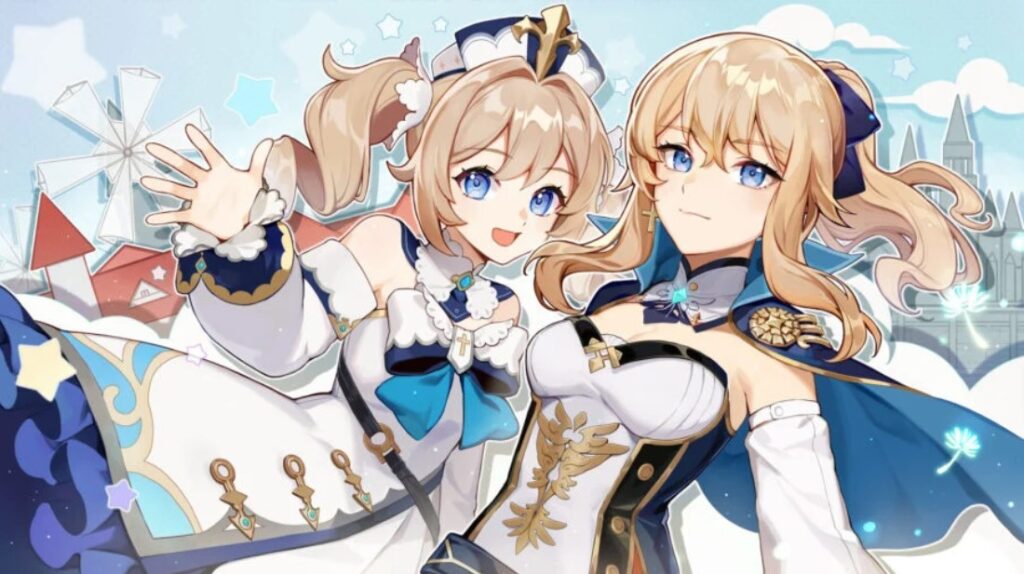 Apart from the new characters, the detail of full patch notes of this upcoming update is mentioned below.

This was the complete Patch Notes of this Genshin Impact Update 1.1. Currently, the developers have not cleared when this update will be released. But, according to the leaks, this update might be released on November 12, 2020. If this leaked date is true, then you are going to get this update soon on your gaming platform.

You can also read: How to process ingredients in Genshin Impact?

Here, we have attached the screenshot of this upcoming update below. It is in Chinese. 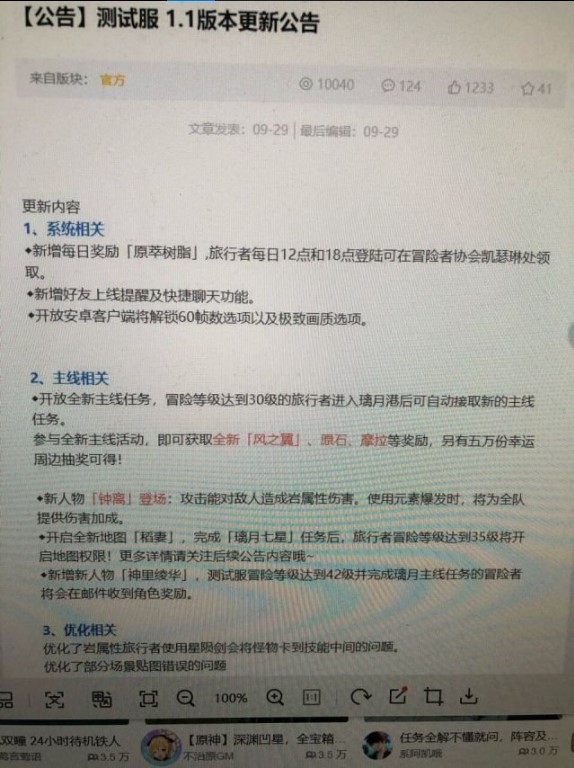 Here is the translated version of these patch notes. It is uploaded on Reddit. 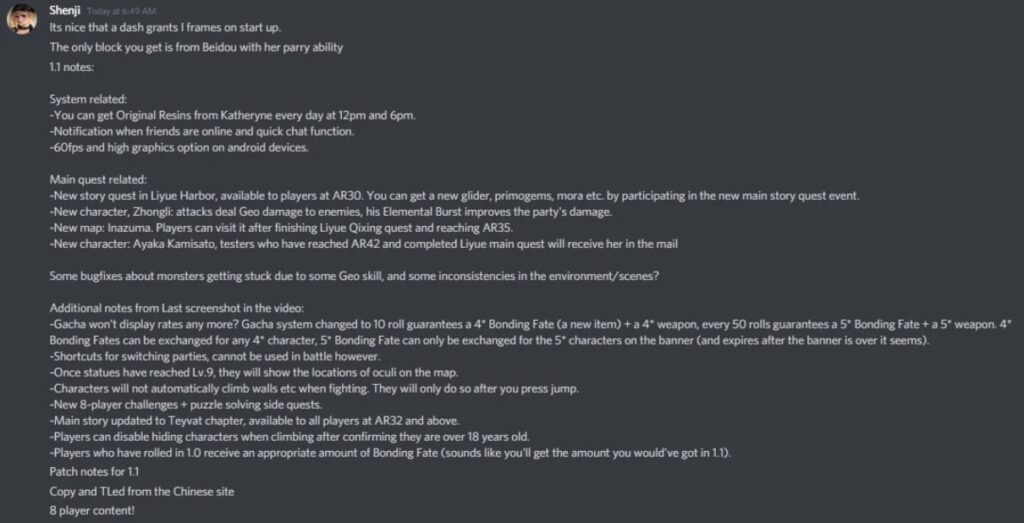 Genshin Impact is a free to play game. It is actually a role-playing game that is full of action. The developer of this amazing game is miHoYo. The publisher of this game is also the same. This free game was released on November 28, 2020. The best thing about it is that there is also an option of cross-play as well as cross-save.

In conclusion, we hope that you have got the complete details about the leaked Patch Notes of the upcoming Genshin Impact Update 1.1. If you have any questions or queries related to this upcoming update, you can ask us in the comment section below. We would love to help you in solving all your queries and questions.

You can also read: Genshin Impact Free Download for PC