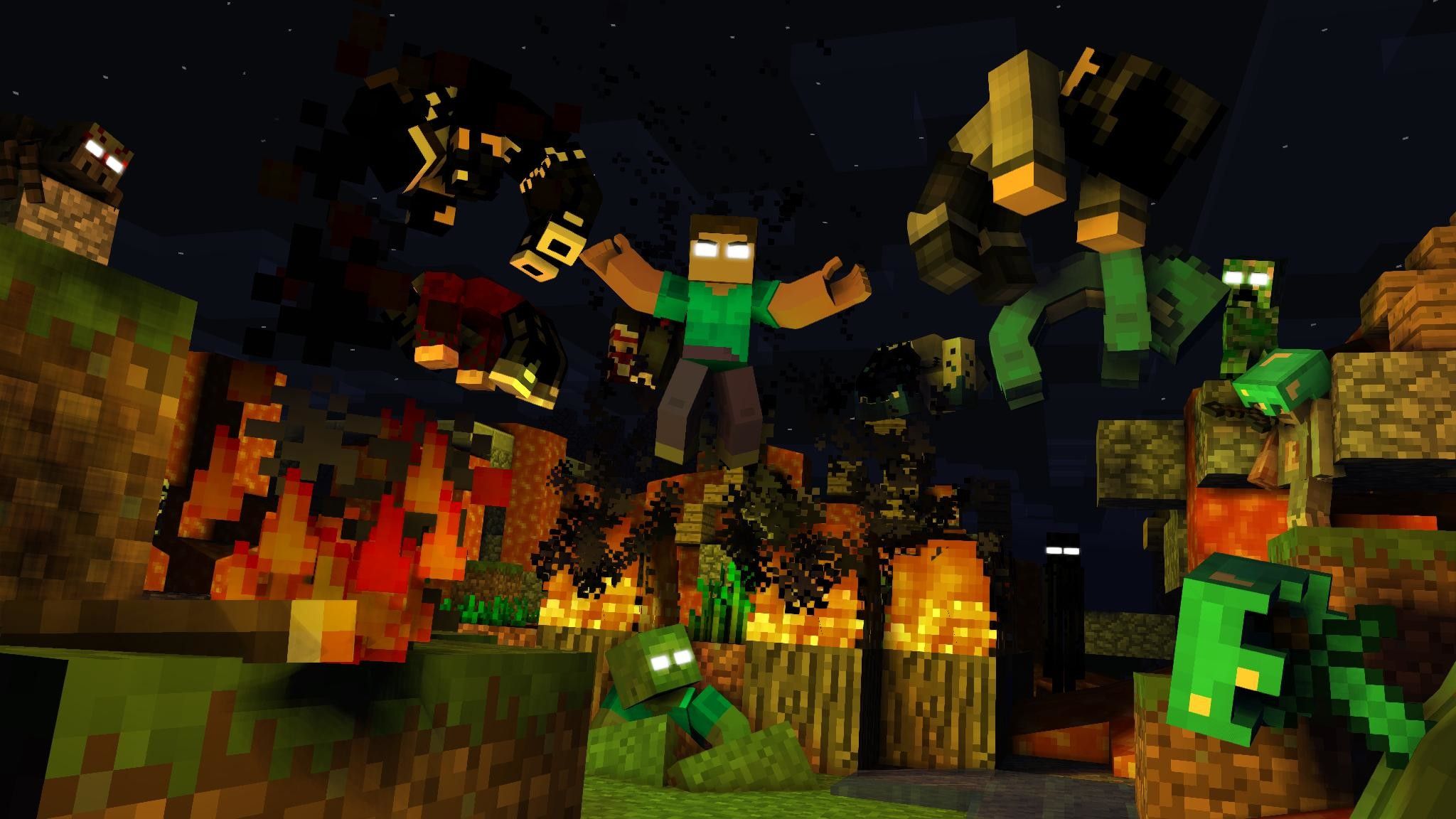 Herobrine is always being considered a myth but many people still claimed to have seen it. Many people suggest different conspiracy and facts about Herobrine. Some people even claimed to be haunted by him that made their world cursed.

Does Herobrine exist? Was he added to the game?

You might be wondering was hostile mob like him was really added in the game? But before that let’s get deep into some rumors that descriptively claimed his existence.

He was being claimed to be a hostile mob that was being added to the Minecraft. He’s always considered for doing some creepy and weird stuff in the world or to the player itself. According to some theories, many people think him to be the ghost of notch’s dead brother that had been haunting the game.

According to the original post, many players reported some random things being happening in their world like; 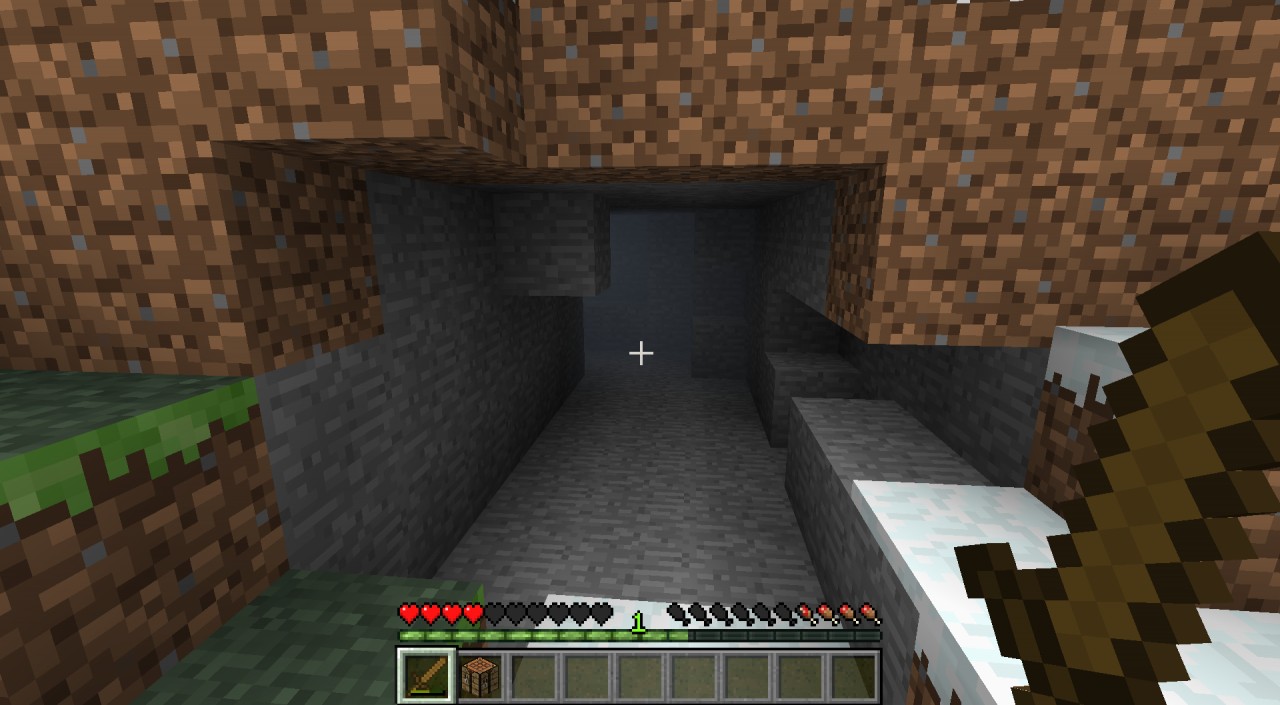 The most recent post about him was being dated on august 30th 2010 mentioning him to have appeared in their single-player world with some random tunnels, pyramids, and other random things that they didn’t do. The original post had a picture of a creature with white eyes and it was barely visible. Many people thought it be some sort of joke but, some people claimed it to be real since few of them experienced the same thing being happened in their world the same as it was being mentioned in the post.

Copeland was a normal Minecraft streamer who bought Herobrine at a whole new level. After streaming for a long time he stumbled upon herobrine while he was heading in his house. The most insane thing is that he was live streaming that time and many players freaked out after that.  This is considered as the first live encounter of its existence. 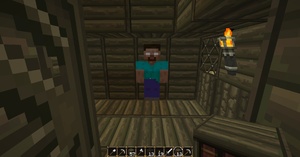 Some people believed that Copeland re-textured the painting into a Herobrine and some thought it be a real. Though even after many years, Copeland still claims that he wasn’t joking at all. He always stated it to be real.

Herobrine grew it’s popularity so much that many people started making fake videos and posts to gain more viewers. Some show-cased the way to spawn it. And some people used a different kind of thumbnail to click-bait viewers. 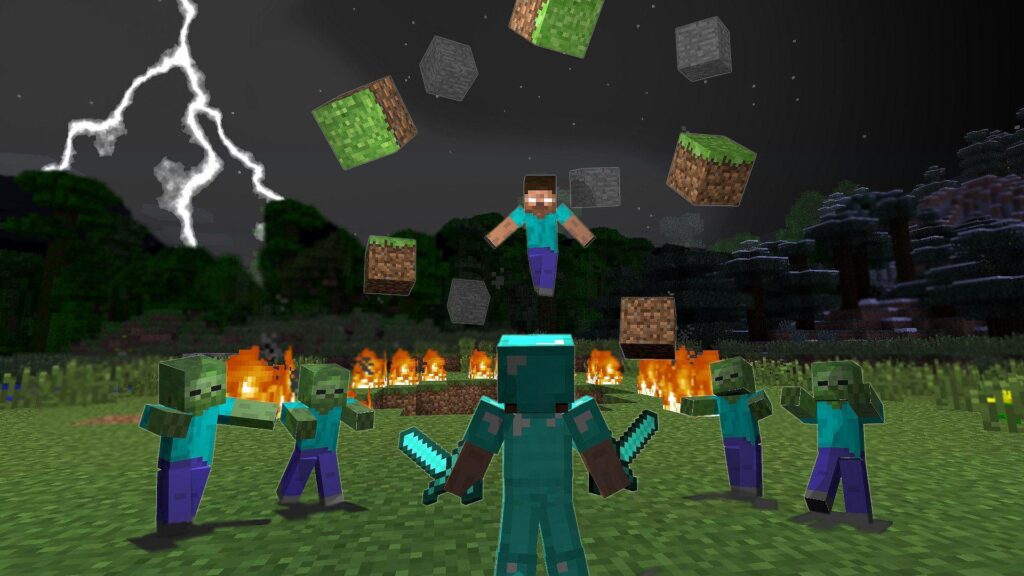 But there was a thing that was common in everybody’s video. The thing is that Herobrine made their world cursed by adding holes, wired structures, and many more. Some people claimed their things getting lost from chest randomly and doors opening automatically even after closing it.

The biggest threat was that these worlds were downloadable and were verified to be untouched. This is how herobrine gained its popularity during those days.

What do Minecraft veterans think?

Like any other normal players, some veterans think him to be real and some stated him as just a texture glitch. Some veterans stated him to be get caught by eyes in the corner of the map and then suddenly getting him to be lost within no time.

Is he just a texture glitch?

Some people claimed him not be real and some veterans claimed his existence in old Minecraft days. Glitches are common in the world of Minecraft. When Minecraft was gaining its popularity in 2013 most of the people were not familiar with glitches. Minecraft world has a particular way to generate worlds. And different update has a different way of doing it. If you’ll load your old world in the new version you might find certain weird stuff happening with your world even though you have not touched your world a very long time.

Some of them involve missing chuck, structures in the wrong location, biomes mixing together, random holes, and many more. Some may even lead to world corruption and missing items. This sounds the same as what people are trying to perceive in a Herobrine corrupted world. This shows he didn’t exist.

Pondering upon the subject, Notch himself stated that herobrine is not real and he never had a brother. But he also stated that there was a half brother he never met and he’s not in the game. But Mojang didn’t go along it. They created a picture of him in some pictures with written Minecraft as a logo. They even made jokes about him.

Herobrine isn’t real in any way, no. I never had a brother (well, there’s a half brother I never meet..), and he’s not in the game.

But one thing they did which gain everyone’s attraction was they stated “Removed Herobrine” in every Minecraft except the recent one that is, Minecraft 1.16 nether update. Why did they mention him in every update after 1.13 except the recent one? Herobrine is always considered as a friend of nether and enemy of over-world and considering it this update was a nether update that they didn’t even include his existence. Another thing to ponder upon is that next month will be Herobrine’s 10th year anniversary and they did a huge mistake by not mentioning his name in the update log.

This marks out fingers over Mojang. Are they planning to reveal his existence this year? We never know. But they did a huge mistake by not mentioning his name and Mojang needs to answer why they did so.

Is Herobrine real? Is it a glitch? Or Mojang is hiding something from us?

Still, this mystery is not solved and we’re waiting for Mojang to reply in this regard!!

Credit: We’d like to give credit to @Dream one of the most versatile Minecraft pros and speed-runner.

You can refer to this video for more details!