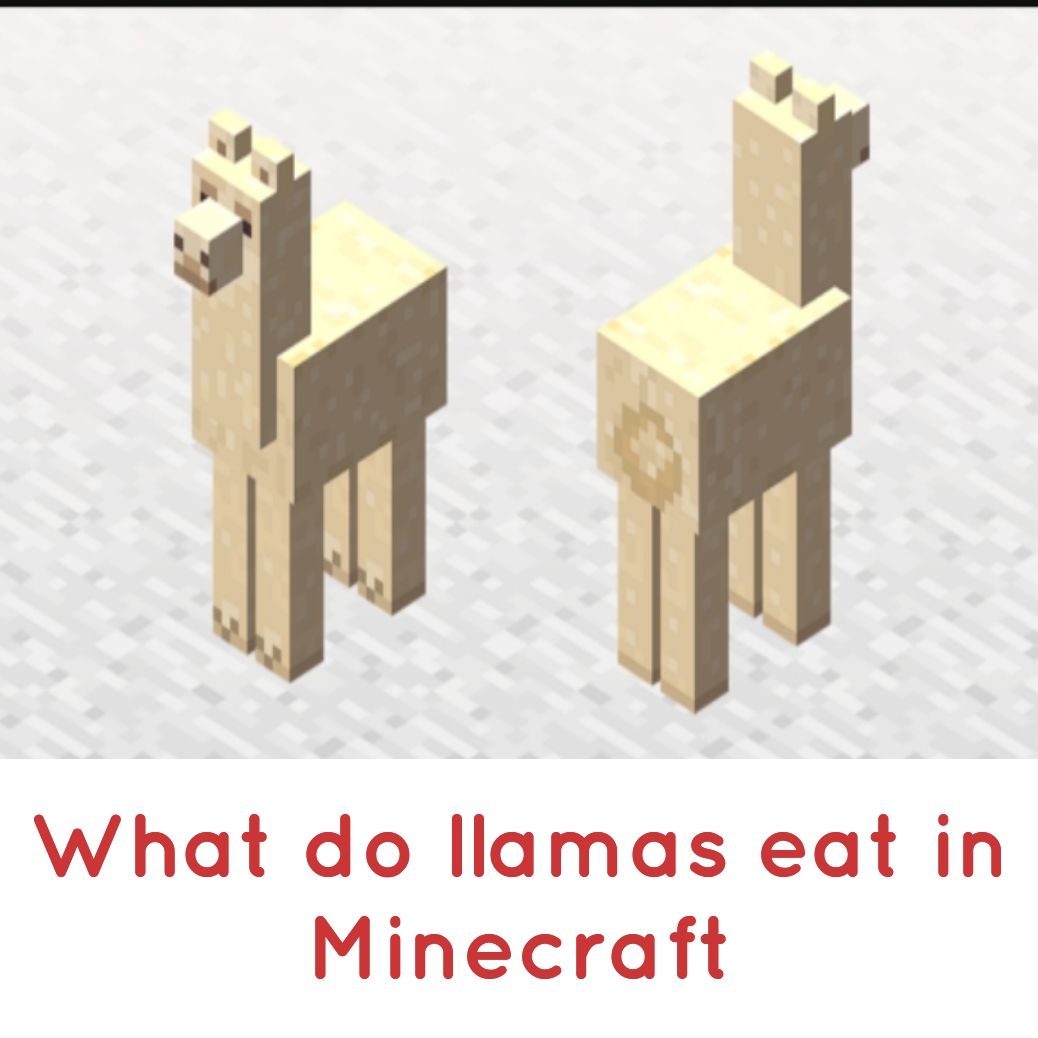 What do Llamas eat in Minecraft

Minecraft is a game all about exploring, playing and having fun. It functions in the same way as the real world. Here you can roam in the Biomes, Fight Mobs, Collect tappables, construct objects and buildings, find mobs and train them. This game is always updated with new items and each update adds more interesting things to it such as New Mobs, New tools, new items, and even newer experience. n this article we will see What do llamas eat in Minecraft.

There are a lot of creatures in the Minecraft game. Mobs are basically all the animals found in the game. These animals are found while playing the game some of them are friendly while others attack you. The mobs are distinguished creatures that allow the user to enjoy the game and really make it user-friendly.

The Mobs which you interact in the game are sheep, chicken, pig, parrot, bees, dolphins, bat and etc. The mobs in the game are from different categories – Peaceful, tamable, friendly, animals and hostile and monsters.

These mobs are used either for using them as food, leather or taming them. To do so you need to first find one then feed them and lastly Tame them.

What are the Animal Mobs?

The animal mobs are those which can be found both as wild and tamable. Those are Bee, Dolphin, Llama, Polar bear, Panda, and wolf.

What is a Llama?

Llama is an animal mob. It is mostly found in the Savanna & Extreme Hill biomes. It is also the only mob in the game which can be used for riding without using a saddle instead you can use a carpet. The Llamas can be bred and tamed. To tame a llama you have to feed them and for that, you must know what do llamas eat in Minecraft. They are commonly found in four colors brown, white, grey and beige.

Where are the Llamas found?

As discussed earlier Llamas are found in Savanna and Extreme Hilltop biomes. The color of the fur tells exactly where they hail from. The Brown and Beige Llama come from Savanna while the white and Grey ones come from extreme hills.

What do Llamas Eat in Minecraft

Once you find the Llama you need to know whether it is hungry or not. If the Llama is not hungry if won’t eat anything from you. You’ll need 10 wheat or 5 hay bales. To feed the Llama one needs to place the food in the hot bar and select it. Once you feed the Llama they can be tamed.

So this is the short answer to What do llamas Eat in Minecraft.

What are the uses of a Llama

The Llamas, when added with two chest block, becomes the most useful mobs in the game. They can carry a lot of things while you wander in the game. To control llama you have to feed them and for that, you must know What do llamas eat in Minecraft. You need to feed them with wheat and bay to make them follow you. Two adult Llamas can breed baby Llama by feeding them, Hay Bales. This baby Llama can grow into an adult in 20 minutes. If you want to speed up their growth you can feed them with Hay Bales and wheat.

Thus there are two types of Llamas one can find in the game. The Llamas found in the wild and the other ones are Trader Llamas owned by the trader (users) playing the game. You can feed them with Hay bales and wheat but cannot tame them.

For more information on What do llamas eat in Minecraft, you can check the youtube video given below.

Check Also: How to Harvest Honey in Minecraft