Published by Gameplayerr on September 12, 2020

Xbox Series X Virtual Press Briefing is leaked online. As we all know that both the release date and the price of this upcoming gaming consoles from Microsoft was announced on Twitter. But, this leaked briefing is suggesting that Microsoft was planning to have a big announcement event.

Here, you will get all the information about the Xbox Series X Virtual Press Briefing that is leaked online as well as the embedded video of this press briefing. Let’s explore them without any delay. 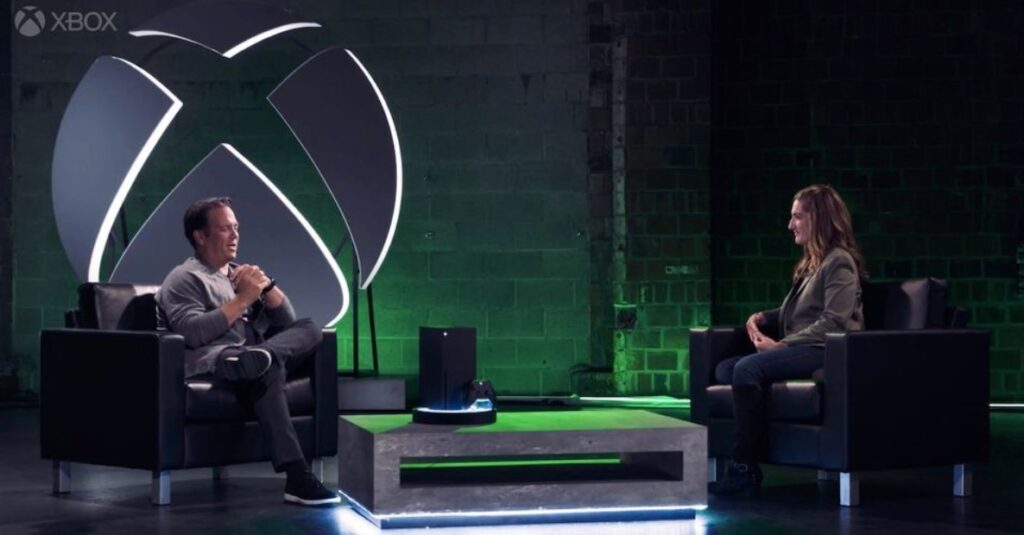 But now, Xbox Series X Virtual Press Briefing has been leaked and it is now cleared that Microsoft was also planning for the proper reveal of both pricing and release date of these upcoming gaming consoles. But, they choose announcement on twitter over a proper Virtual Press Briefing. They were prepared for releasing this briefing to the journalists. Yes, you can watch the complete video below and it will be cleared to you that this virtual press briefing was not meant for the public.

A twitter user has uploaded the complete Xbox Series X Virtual Press Briefing in a total of four parts. We have embedded them for you. You can check out them to watch the complete video.

So, you can now watch the complete Virtual Press Briefing through all the given four parts. So, become ready to watch and reveal everything about Xbox Series X and Series S. We already know all details about these upcoming gaming consoles, but still, it would be amazing to watch the press briefing to know about them in detail.

You can also read: Xbox Series X vs Series S

Now, it would be amazing to see whether Microsoft releases this video officially or not. If they will release this video officially, you will not have to wait too much. It might be released next week. Now, it does not matter as we already know the complete details of upcoming gaming consoles through the tweets and now the press briefing is also leaked.

Sony is also going to have a PS5 Showcase Event on September 16, 2020. In that event, you will get the complete details about the upcoming PS5 gaming console from Sony in the popular PlayStation series. All the pricing and the release date will be revealed in that event.

Are you excited for the release of Xbox Series X and Series S? Tell us in the comment section below. We would love to hear your opinion on these upcoming gaming consoles.

In conclusion, we hope that you have now seen the Xbox Series X Virtual Press Briefing videos that are leaked online. If you have any questions related to these leaked videos, you can ask us in the comment section. We are here to help you in solving all your queries and questions.