Minecraft 1.16.2 Pre Release (second pre-release) is officially here and all the Minecrafters are excited to know the changes made in this latest update. Since it is a new update, we will cover every information related to this latest update in this article.

This Minecraft 1.16.2 Pre Release 2 is published yesterday. Since it is a pre-release, it may corrupt your world as it is not stable. So, backup your world before installing any pre-release update in the game. Now, let’s explore all details of this latest pre-release.

All details of Minecraft 1.16.2 Pre Release

Some changes are made in this Pre Release. Apart from some changes, a lot of bugs are fixed in this update. We will cover them all.

All changes made in this latest update

Here is the complete list of changes made in this latest Pre Release of this game.

Bugs Fixes in the game

Here is the list of all bugs that are fixed in the game. This list is going to be very long as a lot of bugs are fixed by the developer of this game.

In conclusion, we hope that you have got all information related to Minecraft 1.16.2 Pre Release. You should try the latest update to experience all changes made in the game. But, do not forget to backup your game as it is a pre-release. If you have any questions related to this pre-release, ask us in the comment section. We are here to help you.

How to make TNT in Minecraft? 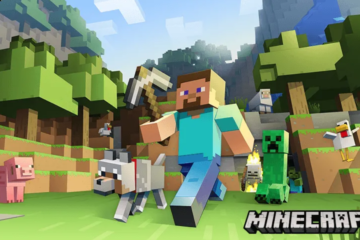 Minecraft Update 2.16 is released on September 25, 2020. This update is released just after the introduction of VR mode in Minecraft for PS4. Due to this, all the players in this game are excited Read more…

Minecraft PS4 Update 2.15 is released on September 23, 2020, and some interesting features are also included in the game through this update. You might have guessed correctly that this new major feature included in Read more…