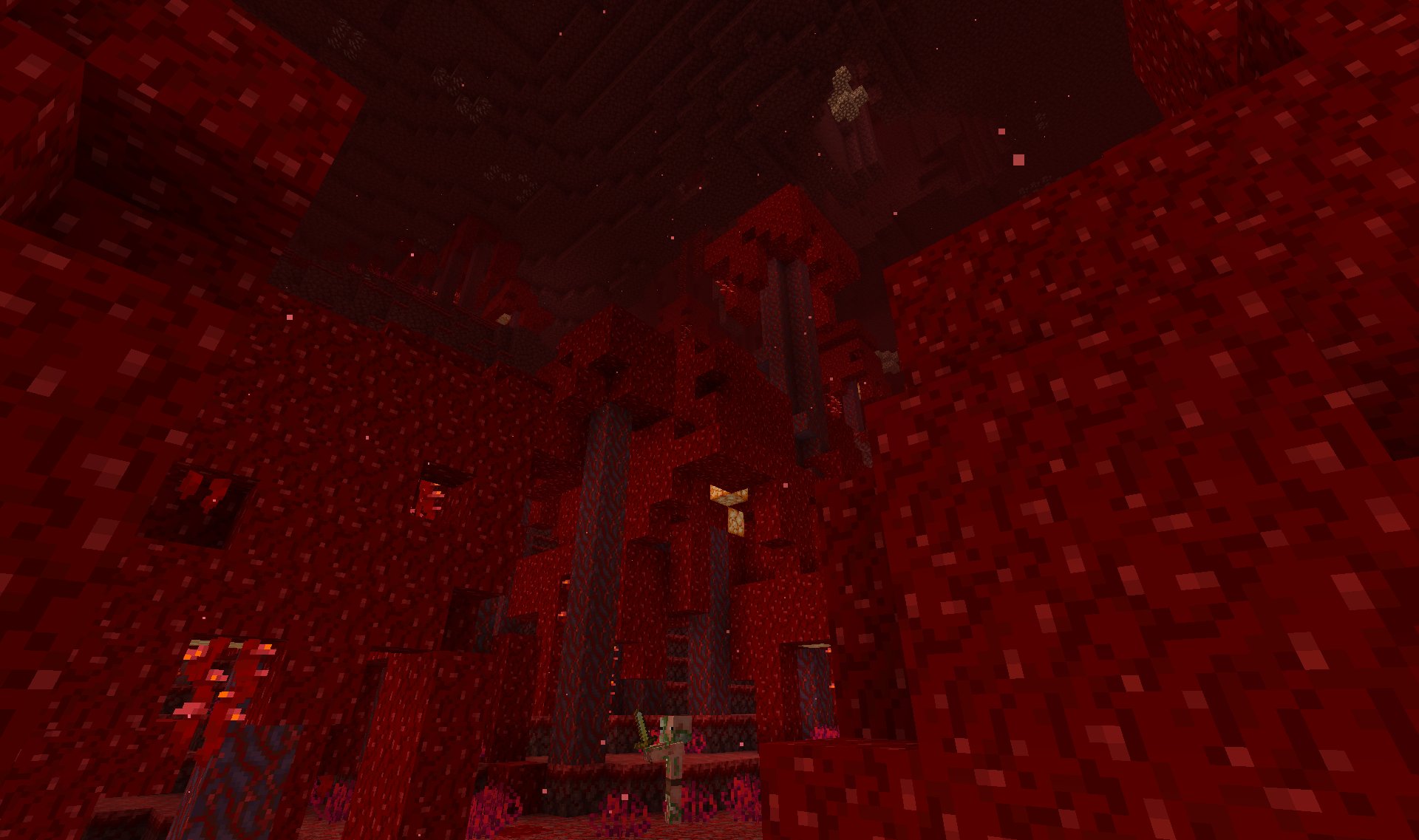 The Minecraft 1.16 update has been given a lot of new Minecraft Nether updates, but there are some major updates that have changed the whole game and its meaning.

In Minecraft Nether update you will see that there is a new item called Netherite which is just like gold, diamond, etc. It is superior to any other item till now, so yeah diamond is no longer the hardest and durable in the game. It’s rarer than diamond, it’s hard to find, it can only be found in the nether world and it takes a lot of things to get it. The Netherite in Minecraft 1.16 update will let you turn any diamond weapon or armor into a Nethirete weapon or armor that is more durable and more easier for digging.

The Nethirete cannot be burned in lava they will just float, but again if you drop them in lava they are as good as burned because even if they don’t burn if you go to pick them up you will eventually burn and die. ( check our previous blog for the whole update on how to find Netherite and how to make weapons from it. )

The Minecraft 1.16 update has a new ore in the Minecraft Nether world. So the Ancient debris is the rarest ore in the game, we are talking about 32 Ancient debris out of 28000 blocks. It’s super rare, finding it takes patience and lots of TNT. You will find them around y7 to y22 in the Nether world, the reason for finding them is simple as without it you won’t be able to get the Netherite weapons.

You can smelt them Into Netherite scrap, turning them into ingots and then can use them to form nether blocks and weapons.

Sand soul valley: The first biome in Minecraft 1.16 update is known as the sand soul valley biome, it has a great look into it and it is surrounded by a blue fog that gives a dark theme to the game. The biome has sold sand and sound soil that, also will see lots of soul fire which is the blue fire. The soul fire is different from regular fire as it will damage you twice as much.

The regular fire takes half of the heart from your life, but should fire will take 1 life heart at a time. You can collect soul soil and use it for crafting soul fire torch and even soul fire lantern. It looks really great when you do that they will just look like a normal torch or normal lantern with blue fire instead.

Crimson forest: The Minecraft Nether update 2nd biome is your crimson biome and it has a red theme look that gives it a really awesome feeling. You can the crimson kind of grass and use it for decoration also in the normal world if you want, there are crimson stems in this Minecraft 1.16 update that gives you a great animated look. You can use it to make certain planks, stairs, and stuff. The biome is home to a new Mammoth mob that is Hoglin, it looks really scary with 2 teeth like a wild boar. Although it doesn’t really do much for now.

Warped Forest: This biome in Minecraft 1.16 update is just a more colorful version of your crimson forest and has said functionality just looks more colorful. So I won’t talk about it much, but yeah there you have it these are the major updates for your game that you can enjoy.

Two new mobs are introduced in Nether Update. Hoglin is new mob which is the Hostile mob and attack on player. There are also baby hoglins formed by hoglins breeding. Hoglins are attacked by piglins.

Piglin is new mob which spawn with sword and crossbow. It is also hostile mob and attack player. Piglins will not attack player wearing a piece of golden armor. You can also barter with piglin by dropping gold ingot and they will drop any item or block they have.