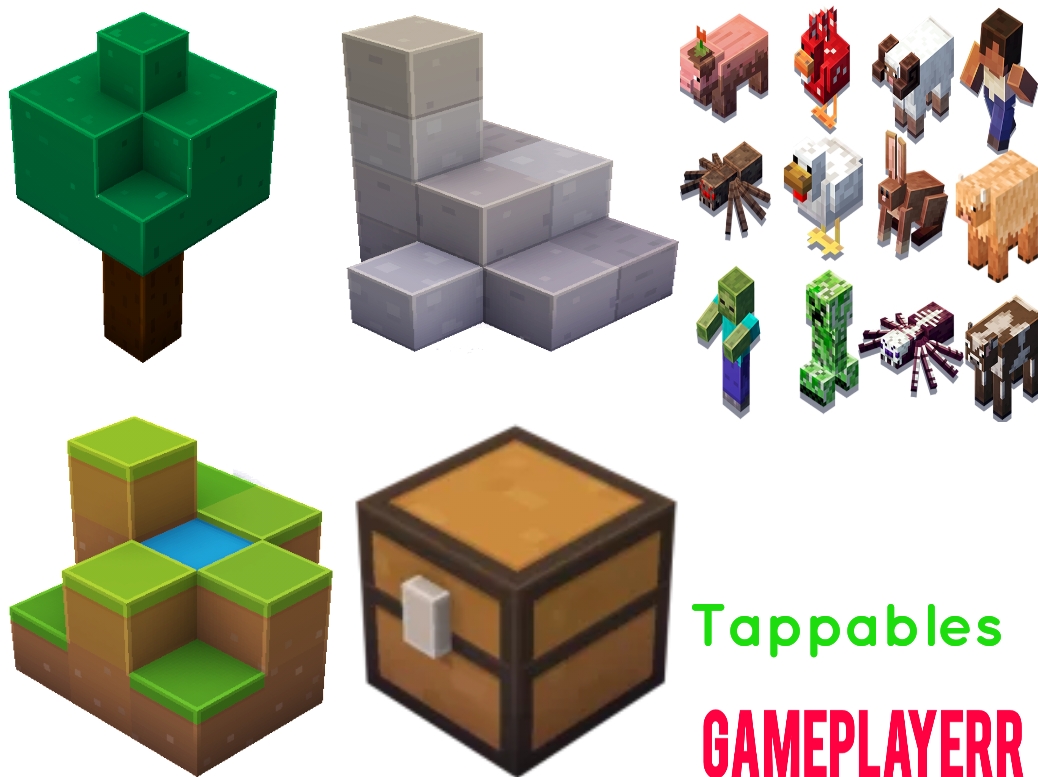 Minecraft is a game for people who love to expand their creativity, have fun and travel around. This game is perfect for those who always want something new. And the developers Mojang have always been able to deliver on people’s demands. In this article we will see information about Minecraft Earth Tappables. Users all over the globe have been always a fan of this game. More fans jumped on later when the Developers announced the game on iOS and Android versions. Ever since its announcement and launch of the game, it has now become a Sensational hit.

Minecraft earth offers a lot from the old version of the game Minecraft Earth. While playing in the AR version it is quite simple to play. All you have to do is move around in the Outer world while things start to pop up on your phone screen. These things are known as Tappables as the name suggests you have to Tap on them.

The Minecraft Earth Tappables are all things which are sort of items you collect while playing the game. These Tappables can be blocks, mobs, terrains, adventures, trees, and even chests. Eventually, all the items you find on the Minecraft Earth map are Tappables. When these tappables appear you have to tap on them to reveal what is in there.

Where do you find Tappables in Minecraft earth?

How to identify the Tappables?

If there are any Tappables near you they will start to glow on the screen. There are basically four types of Outlines that indicate which type of item you will get. The color of the Minecraft Earth Tappables shows its value.

You can also increase the range of your avatar by eating food.

There are five types of Tappables you find in Minecraft earth.

They are Grass, Stone, Water (Marshy), Trees, Chest and Mobs.

#1. Grass Tappables– Found in the open spaces almost everywhere on the over world map. The items collected from them are flowers and blocks.

#2. Stone Tappables– This particular tappable gives you all type of blocks which are used in construction purpose. There is a wide range of resources used for crafting objects like stairs and walls.

#3. Water (Marshy) Tappables– This type of Tappables is similar to the Grass one only they have some water near them. It allows you to collect the same type of items.

Lily pad is only found in the Marshy tappable.

#4. Tree Tappales – Wood is the main source of all the tools to be crafted. Thus you find three types of trees here.

#5. Chest Tappables– The chests play an important role as they are the source to almost all the things you will ever find in the game.

#6. Mobs Tappables – These are all creatures in the game. Check All Minecraft Earth Mobs Wiki.