Minecraft Nether Update 1.16 is turning out to be one of the best updates till now for the Minecraft game. Each of snapshot of 1.16 is having new addition of exciting mobs and new blocks such as ancient debris, netherite, crying obsidian, lodestone and many more. The latest snapshot 20w15a has addition of new Blackstone in Minecraft.

After adding many interesting blocks in nether update, now Mojang has introduced a new block called Blackstone in their latest snapshot of 1.16 updates. This Blackstone has unique characteristics. Let’s know more about Blackstone in Minecraft.

Blackstone is a new block in Minecraft, which was introduced in Nether Update Snapshot 20w15a. It has characteristics somewhat similar to that of Cobblestone and Basalt, but Blackstone can be found only in Nether. In 20w15a snapshot, new volcanic themed biome Basalt Deltas added. These blocks of Blackstone in Minecraft naturally generated in basalt deltas biomes. 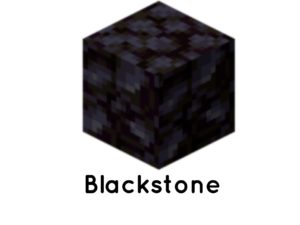 How to Get Blackstone in Minecraft

Blackstone blocks are naturally generated in nether Basalt Deltas Biomes. To obtain it, you can mine it using any pickaxe. It has a hardness level of 1.15. To mine it quickly you need pickaxe of high-level material. When Mined by pickaxe it drops itself, otherwise if mined by other tools, it drops nothing.

You can obtain it using Blackstone. You have to place 4 Blackstone in the crafting table with a specific placing pattern as shown below. From four Blackstones you will get 4 Polished Blackstone. 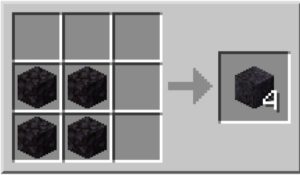 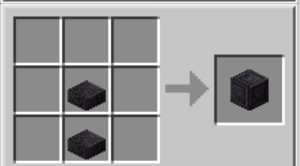 Use of Blackstone in Minecraft

Below are the items and tools that you can make using Blackstone and crafting tables. 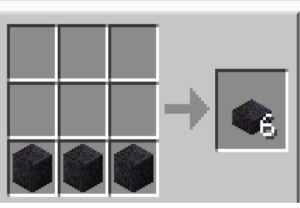 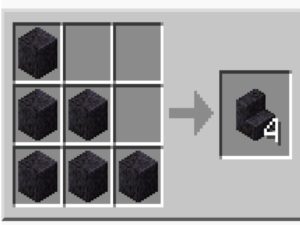 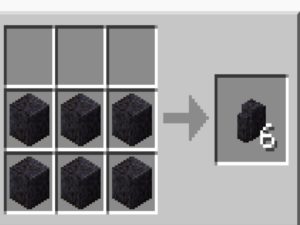 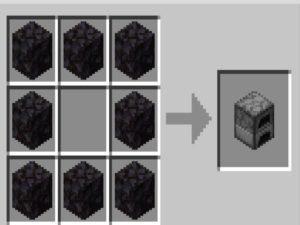 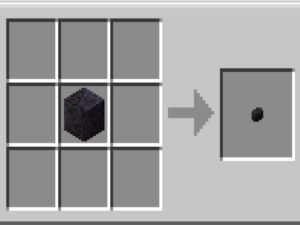 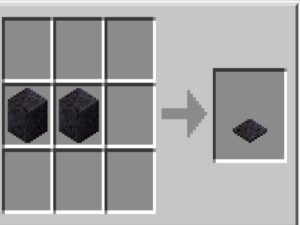 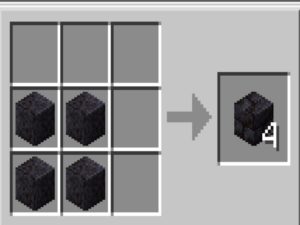 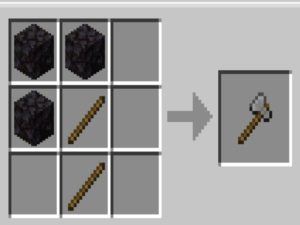 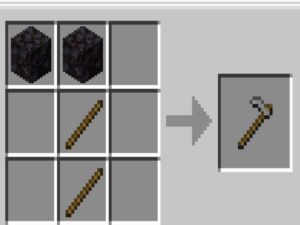 Stone Pickaxe Recipe – 3 Blackstone + 2 Sticks as the exact pattern shown in the image. 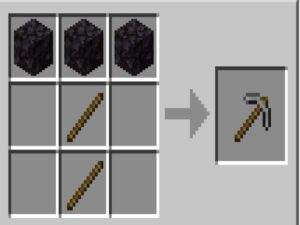 Stone Shovel Recipe – 1 Blackstone + 2 Sticks as in the 3×3 crafting grid as shown below. 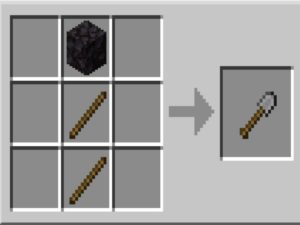 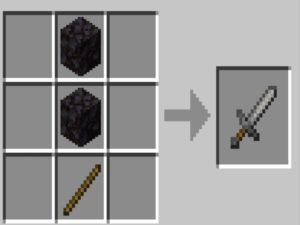 So this how you can use Blackstone in Minecraft. Although, there may be some special use of Blackstone in future updates of Minecraft. For now, it acts as an alternative for cobblestone in Nether.