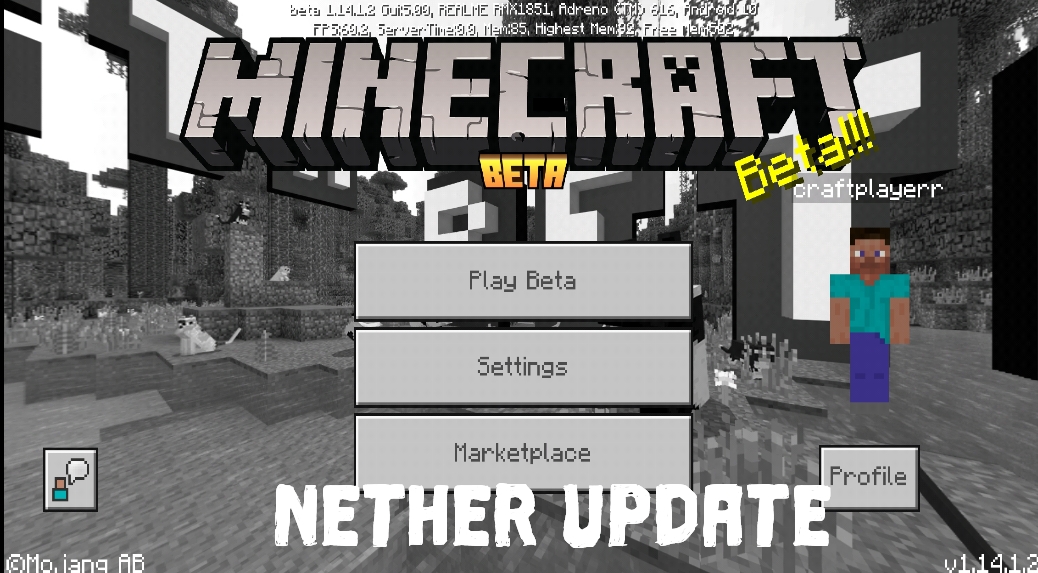 Minecraft developers are very busy these days. We are getting lots of new update. In last month Minecraft has released snapshot of its major update 1.16 for Java Edition. Today they have launched Minecraft Bedrock Nether Update Beta. We know that Minecraft is mainly having two editions, Java Edition for PC and Combined bedrock edition for Xbox, windows 10 and mobile devices. Both Edition gets separate updates. Minecraft 1.16 Nether update for Java is rolling out slowly and now The Minecraft Bedrock Nether Update Beta is launched by Mojang.

There are thousands of players who prefers to play bedrock edition than Java. After release of Java snapshot 1.16 all bedrock players or Pocket edition users were demanding the Nether update for Bedrock. From last month Mojang team was working on Bedrock 1.15. But they clearly said that Minecraft Bedrock 1.15 is not going to be and big update. There will be only some bug fixes and changes in Bedrock 1.16.

In  this Minecraft Bedrock Nether Update new mobs Piglins and Hoglins are added. They both are hostile mobs. Piglins are normally aggressive towards player, but if you are wearing gold armor they will not attack you. You can also barter with Piglin.

Hoglins are also hostile mob and attack player. You can breed hoglinbto get baby hoglin. Piglins and Hoglin attack each other.

Netherite is now strongest material in Minecraft. It can be only mada using ancient debris which only found in Nether. Using Netherite Ingot you can convert yout diamond tool into Netherite tool. Read More about How to Find Ancient Debris to make Netherite Tools.

These all three biomes are very different from each other.

There are many new blocks are added. Also new sounds, control and villages are added. Many bug fixes from bedrock 1.15 are done in this update.

After this Beta release all bedrock players excited to play this new update. But remember this is beta version means development is in progress. So you cant play with other player who are using regular version. You can get full information on downloading and Installing Bedrock Nether Update Beta Here.