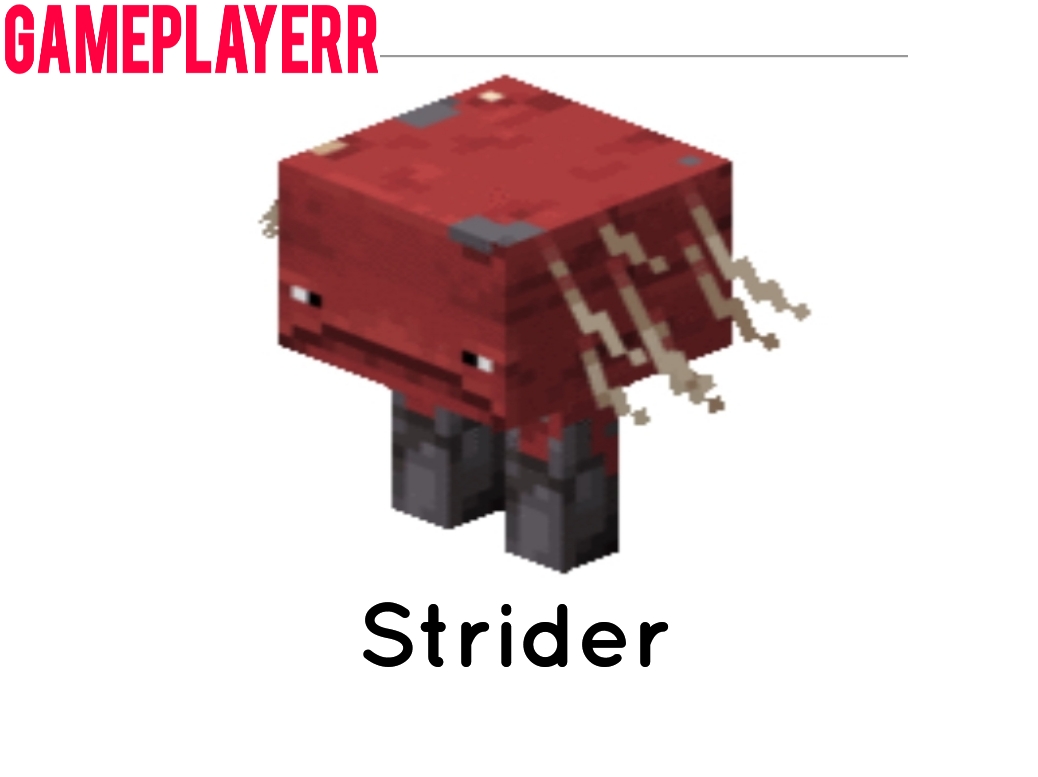 Mojang has released another snapshot for Minecraft 1.16. This Snapshot 20w13a is full of new addition and changes. The addition of new Minecraft Strider Mob makes it more interesting. Also There is addition of new block lodestone. This new strider mob is passive in nature and very useful for players to travel in Nether.

Strider Mob is newly added mob in Nether Update 1.16. Unlike Previously added mobs Piglins and Hoglins, these mobs are passive in Nature and does not attack on player.  Also interesting fact that they are only passive mobs that spawn in nether. Striders are added in 20w13a snapshot of update 1.16.

Minecraft Strider Mobs can be used to move on lava in Nether.

These striders only spawn in nether. Nether is filled with lava and strider sapwn on lava. They spawn frequently. Also there are baby striders who spawn on the head of adult strider. but baby strider will not dismount from parent strider even after becoming adult itself. You can also see zombified piglins spawning on striders sometimes.

On death adult strider will drop 0 to 5 strings. If striders are equiped with saddle then on death they drops saddle also. If you kill them they will give 1-2 experience.

The special characteristic of Minecraft Strider Mob is that, they can walk on lava. Striders also walk on other mobs, as if like they are stairs. When striders are out of lava, they start shaking. Striders does not get damaged when they are out of lava. But water or rain can damage striders. Speed of striders gets slow when they walk out of lava.

How to Ride on Minecraft Strider Mob

Nether in Minecraft is full of lava lakes. These strider mobs can be used by players to travel in lava. Players can ride on Striders to to cross lava lakes without getting damaged. To ride on saddle players has to use saddle and can be attached to leads. Players can control striders using stick with warped fungus. If you hold warp fungus then they will follow you.